Guests will soon be able to “Glow With the Show” during “Fantasmic!” at Disneyland park. Imagine experiencing this classic nighttime spectacular in a whole new way – shimmering with the lights of romance as Disney’s royal couples drift by or becoming part of a virtual sea of flames when Maleficent sets the river on fire.

Disneyland will officially make the “Glow With the Show” ears part of nightly Fantasmic! performances beginning Friday, August 31. The ear hats cost $25 and are available throughout the Disneyland Resort. In addition to Fantasmic!, the ears interact with a variety of Disney California Adventure sights, including World of Color, Mad T Party, and Cars Land. 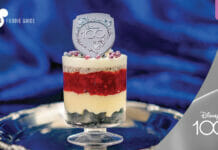 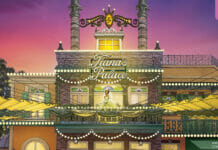