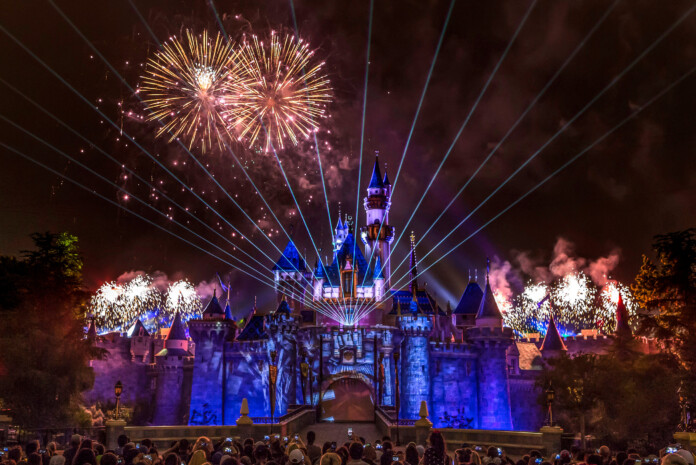 Disneyland Resort proudly presents the homecoming of four beloved nighttime spectaculars and a new grand finale to the “Main Street Electrical Parade” for its 50th anniversary. On April 22, 2022, the “Main Street Electrical Parade” and “Disneyland Forever” fireworks spectacular will ignite the night at Disneyland Park, and “World of Color” will return to Disney California Adventure Park. “Fantasmic!” is preparing for its return to Disneyland on May 28, 2022. 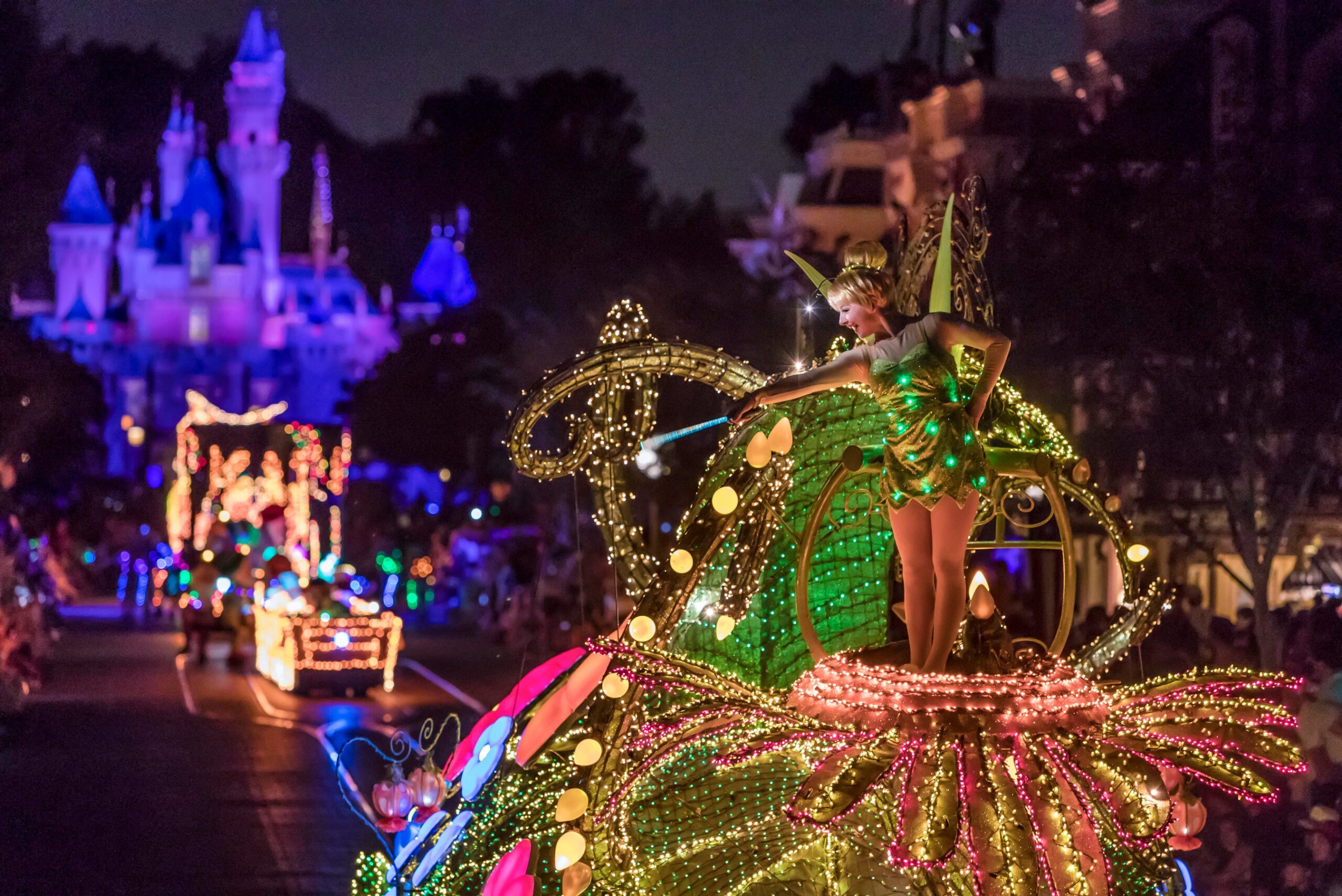 Since Disneyland Resort reopened in April 2021, guests have been able to rediscover the wonders and magic of returning entertainment – such as Jambalaya Jazz in New Orleans Square at Disneyland and “Disney Junior Dance Party!” at Disney California Adventure. New experiences have been introduced, too, like the Raya encounter in Redwood Creek Challenge Trail and Celebrate Soulfully entertainment throughout the month of February. Each of these offerings highlights the incredible momentum at the Disneyland Resort as part of its phased reopening.

A guest favorite since its debut in 1972, “Main Street Electrical Parade” features cherished floats such as the classic train and drum unit and Elliot the Dragon. With an electronic musical score based on “Baroque Hoedown” by Jean-Jacques Perrey and Gershon Kingsley, this parade was the first to play unique musical arrangements synchronized to each float unit. The lineup of floats has changed over the years, and Disney parks around the world have presented evolving versions of this iconic parade.

To honor the milestone 50th anniversary of “Main Street Electrical Parade,” Disney Live Entertainment will introduce a magnificent grand finale that celebrates the theme of togetherness in an all-new float. This universal theme is reflected in the creative concept of the grand finale sequence, drawing inspiration from the original design of classic “Main Street Electrical Parade” floats and Mary Blair’s iconic art style on “it’s a small world.”

The seven-segment float stretches 118 feet in length and brings to life more than a dozen Walt Disney Animation Studios and Pixar Animation Studios films, making it one of the longest and grandest sequences in the parade’s history. These stories will be interpreted in thousands of sparkling lights and electro-synthe-magnetic musical sound, with unique representations of beloved characters as animated dolls. 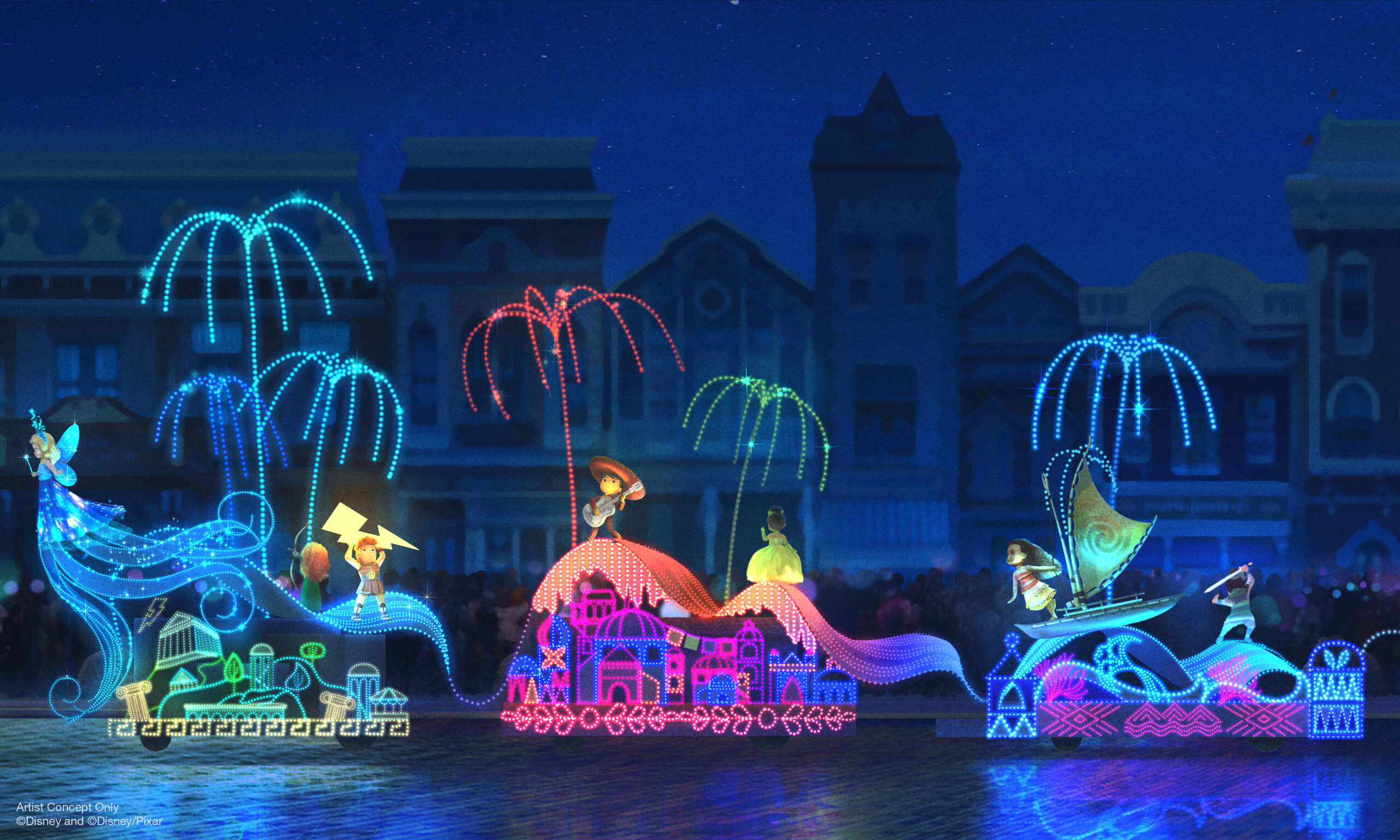 Guests along each side of the parade route will see different stylized scenes from classic and contemporary favorite stories such as “Encanto,” “The Jungle Book,” “Raya and the Last Dragon,” “Aladdin,” “Coco,” “Mulan,” “Brave,” “The Princess and the Frog” and more. The finale also pays tribute to the parade’s heritage with the return of the Blue Fairy character from “Pinocchio” and a unique, 19-foot-tall representation of Sleeping Beauty Castle.

“World of Color” at Disney California Adventure brings animation to life with powerful fountains that create an immense screen of water. Combining music, fire, fog and laser effects with memorable animated sequences, “World of Color” floods the senses and immerses audiences in some favorite Disney and Pixar stories, including scenes like WALL-E and Eve zipping through the cosmos, Pocahontas exploring just around the riverbend and Jack Sparrow battling on the sea. The mega-scale spectacular is presented on a massive “stage” of water, color and light that is bigger than a football field and encompasses all of Paradise Bay. Plus, the powerful fountains can send water to heights ranging from 30 feet to 200 feet – higher than the top of Pixar Pal-A-Round! 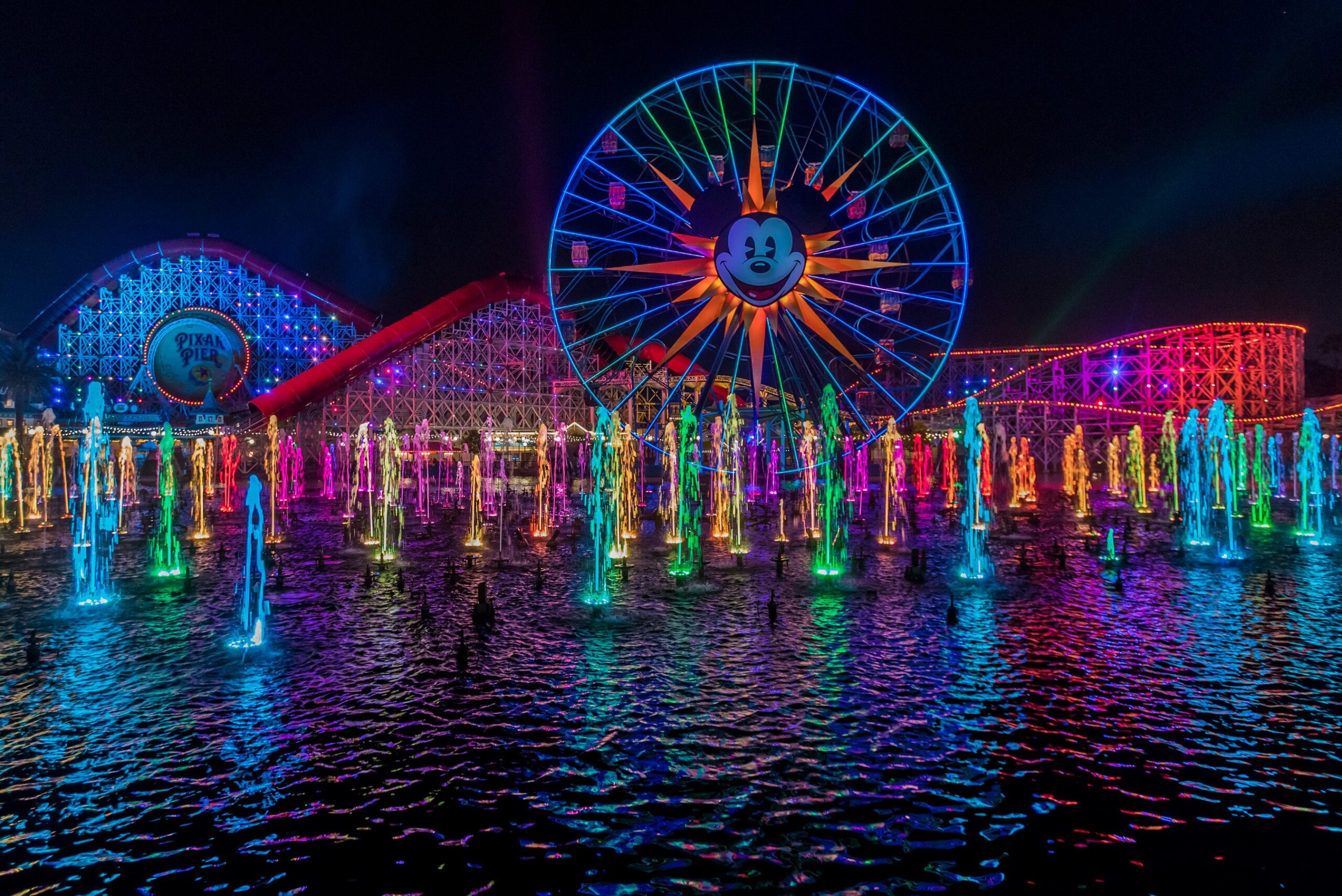 The inspiration for the show came from Walt Disney himself, and “World of Color” is tied together by a soaring musical score that includes familiar Disney melodies and a contemporary version of the 1960s television theme for “Walt Disney’s Wonderful World of Color,” originally composed by Richard B. and Robert M. Sherman, the Oscar®-winning composers of “it’s a small world,” “The Tiki Tiki Tiki Room” and many other iconic songs for Disney.

“Disneyland Forever” fireworks spectacular is a street-to-sky celebration filled with sparkling pyrotechnics and immersive projections that envelop guests in a breathtaking journey with surprising special effects. Main Street, U.S.A., and a few other spots in Disneyland become a magical canvas, transporting guests from an Anaheim orange grove into the worlds of timeless Disney and Pixar stories. “Disneyland Forever” also features two original songs: the theme “Live the Magic” and the inspiring closing song “Kiss Goodnight,” written by Disney Legend Richard B. Sherman. 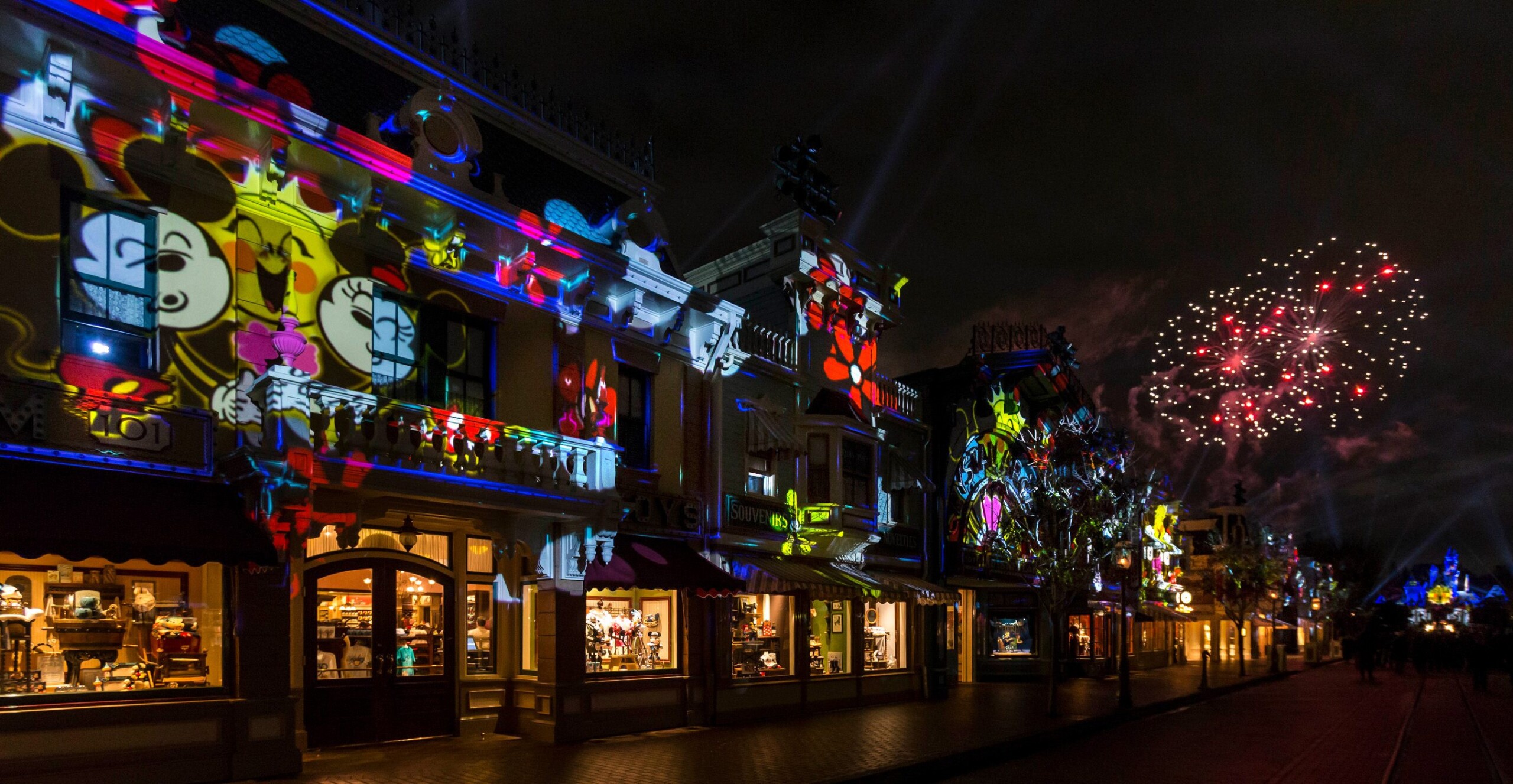 “Fantasmic!” lights the night beginning May 28

Celebrating its 30th anniversary at Disneyland in 2022, “Fantasmic!” is Disney’s longest-running nighttime show. “Fantasmic!” is an emotional extravaganza of colorful Disney-animated film images, choreographed to an exciting musical score and highlighted by the 45-foot-tall, fire-breathing Maleficent dragon. The waters of the Rivers of America come alive as Mickey Mouse dreams he is the Sorcerer’s Apprentice and faces some of Disney’s most dastardly villains, using the power of his imagination to save the day.

Along the way, fantastic events and images as seen in Disney films like “Fantasia,” “The Jungle Book,” “Pirates of the Caribbean” and more come to life with live performers, character appearances, enhanced special effects and pyrotechnics. 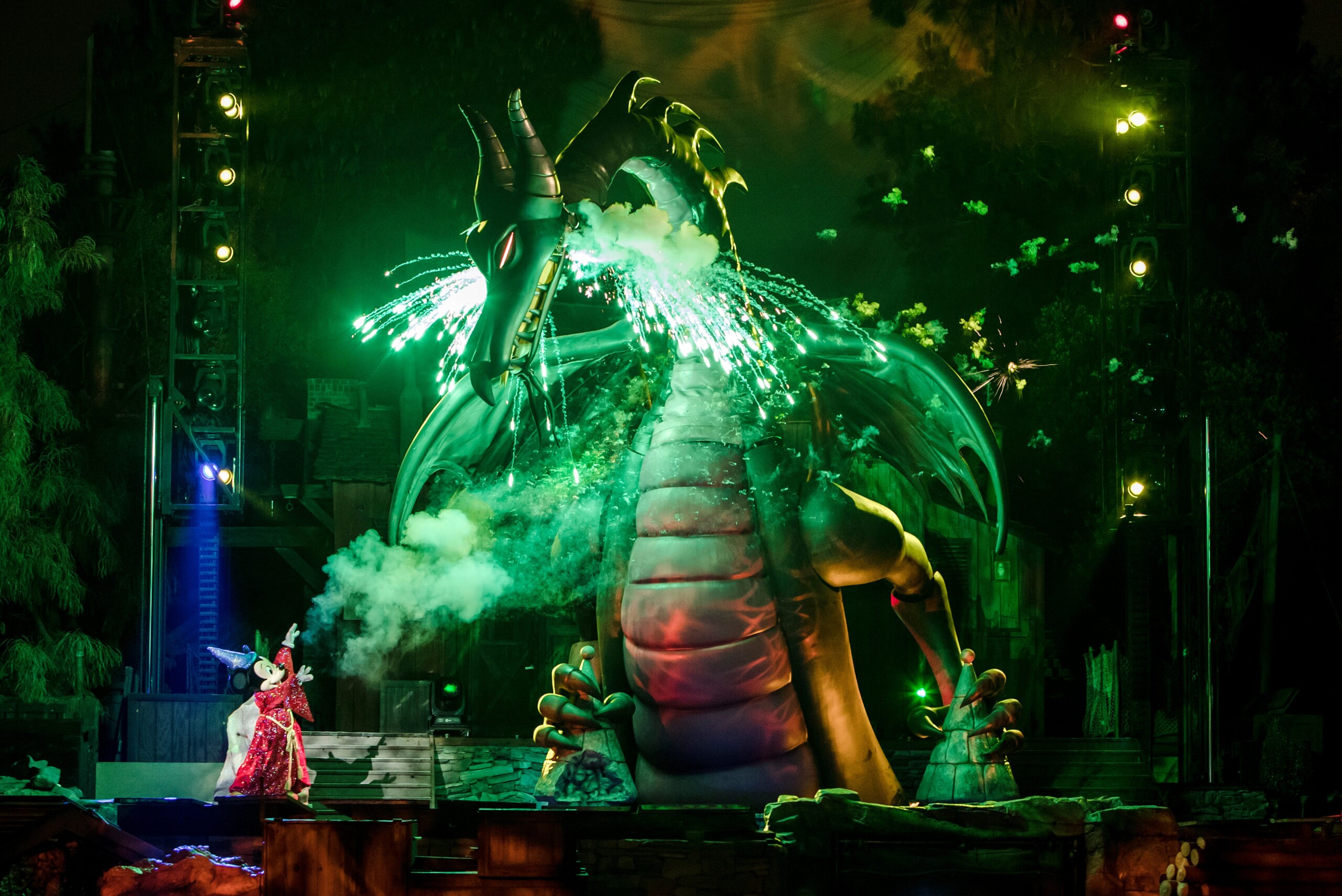 “Fantasmic!” will return to its regular schedule beginning May 28.

It continues to be an incredibly exciting time at the Disneyland Resort with the return of these nighttime spectaculars and an entertaining slate of other fan-favorite offerings.

Guests may view the latest entertainment details and schedules at Disneyland.com and the Disneyland mobile app.