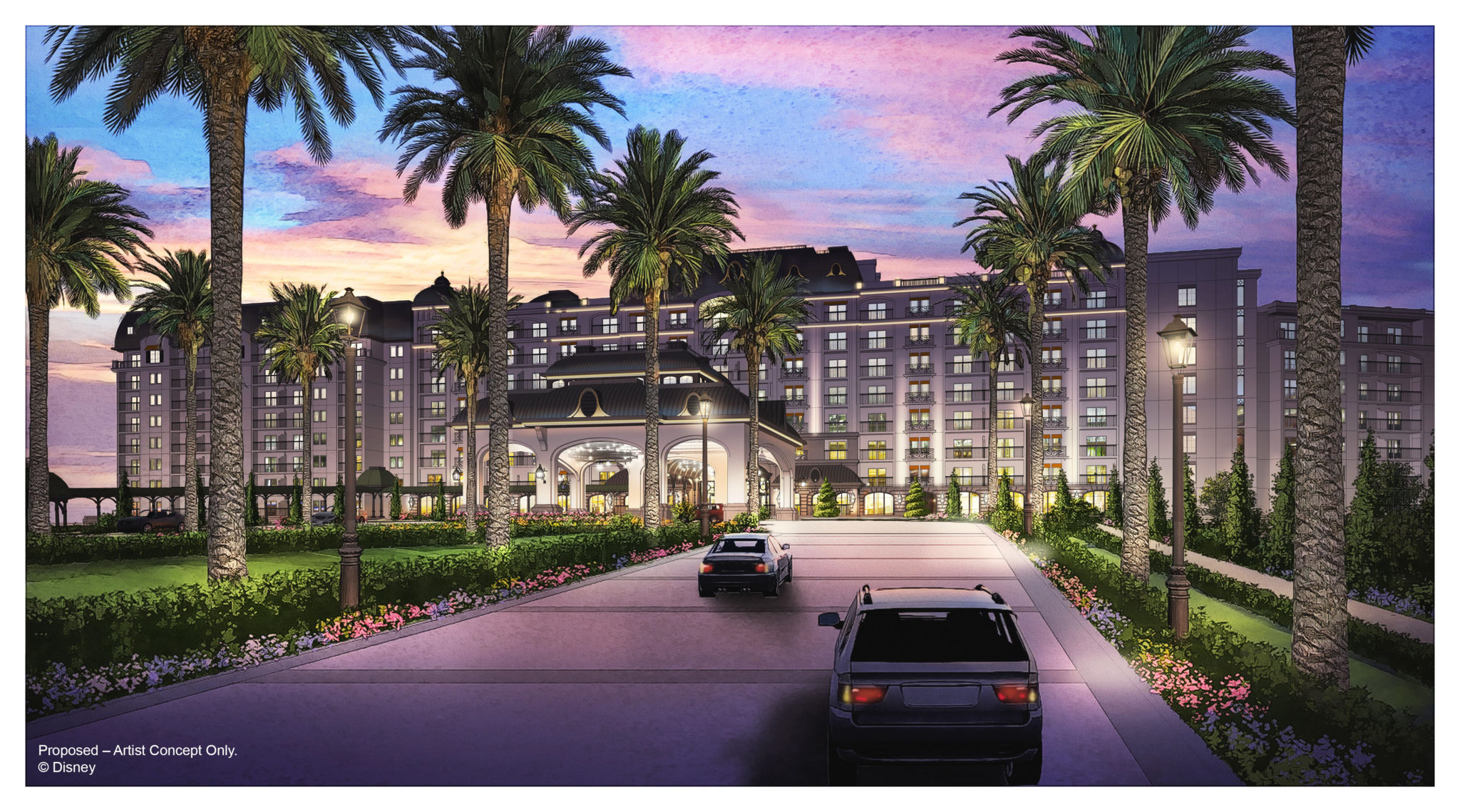 Today at D23 Expo Bob Chapek, Chairman of Walt Disney Parks and Resorts, announced the next planned development for Disney Vacation Club will be an entirely new resort near Epcot called Disney Riviera Resort and that a new skyway transportation system will connect the new resort to other areas on Walt Disney World property. “We’re thrilled to announce plans for a new Disney Vacation Club property called Disney Riviera Resort coming to Walt Disney World Resort,” Chapek said. “Our Vacation Club Members are among our most loyal fans, and we think that they will love what we have planned, especially the rooftop restaurant that will offer unbelievable views of nighttime spectaculars at both Epcot and Hollywood Studios.” In addition, Chapek announced that a whole new transportation system of gondolas is planned, called the Disney Skyliner, to give guests a never-before-seen birds-eye view of Walt Disney World and connect the new Disney Vacation Club property, Disney’s Art of Animation, Pop Century and Caribbean Beach resorts with Disney’s Hollywood Studios and the International Gateway at Epcot.

Estimated to open in fall 2019, this new resort experience is slated to be the 15th Disney Vacation Club property with approximately 300 units spread across a variety of accommodation types.