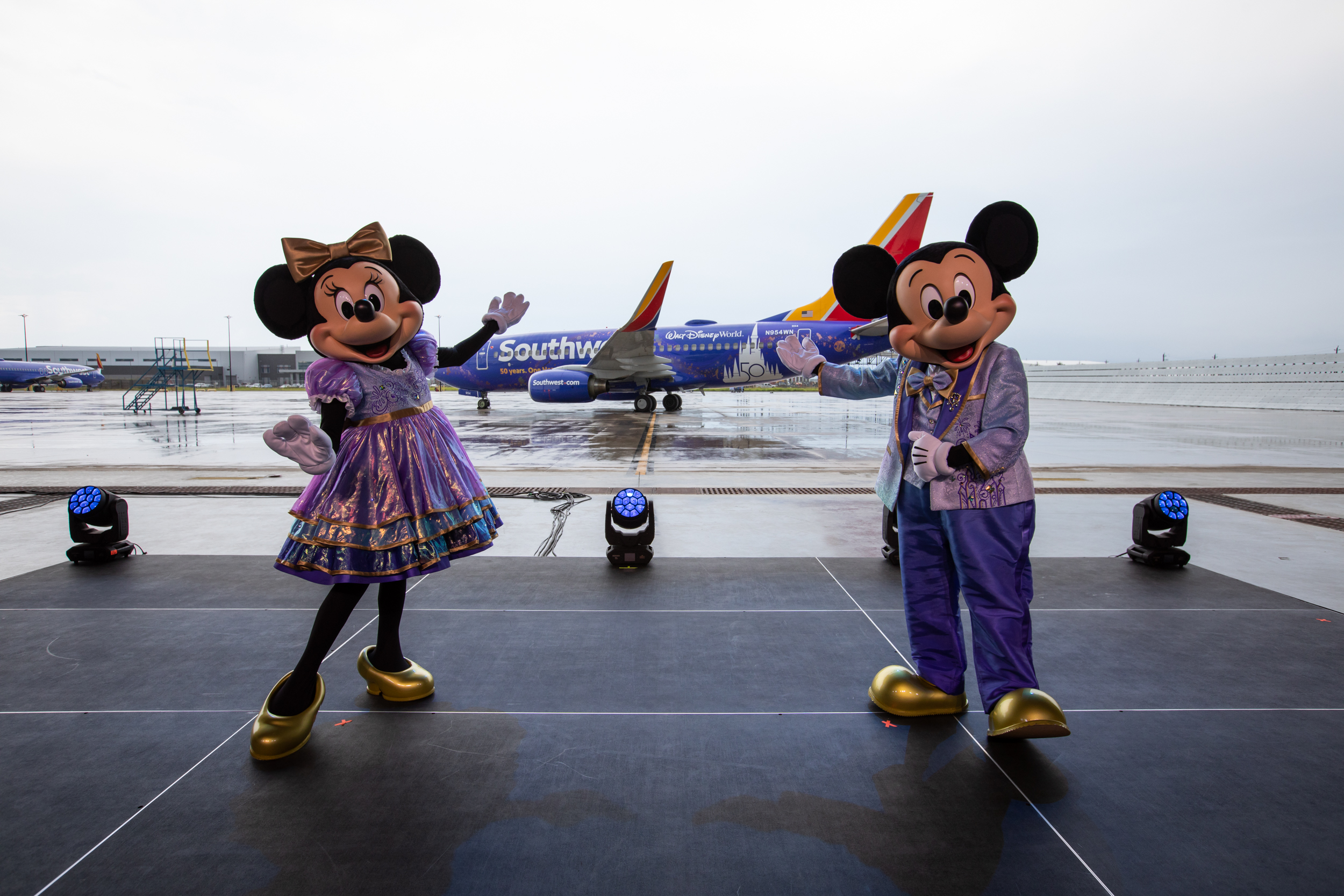 “For 50 years, Southwest has connected our Customers to the people and places that matter most. Whether a Customer is flying to visit relatives in another state, close a business deal with a client, or experience a family vacation, we are honored to be a part of those moments,” said Brandy King, Director of Public Relations at Southwest Airlines. “Celebrating 50 years of making memories during our shared milestone anniversary is at the heart of this magical collaboration with the Walt Disney World Resort.”

“As Walt Disney World Resort kicks off The World’s Most Magical Celebration commemorating our 50th anniversary, we are thrilled to bring even more magic to guests’ vacations and to the sky with the help of our friends at Southwest,” said Claire Bilby, Senior Vice President of Disney Destinations. “Both Walt Disney World Resort and Southwest Airlines share an incredible 50-year legacy of creating exceptional vacation experiences and treasured memories for guests.”

The unveiling of the co-branded aircraft at the Southwest Airlines Technical Operations Hangar at William P. Hobby International Airport in Houston featured Cast Members from Walt Disney World Resort performing iconic songs that celebrate the treasured history, as well as “The Magic is Calling,” an anthem to the Walt Disney World Resort 50th anniversary. Mickey Mouse and Minnie Mouse joined the event to celebrate the collaboration and send the aircraft into service with its first stop at Orlando International Airport. 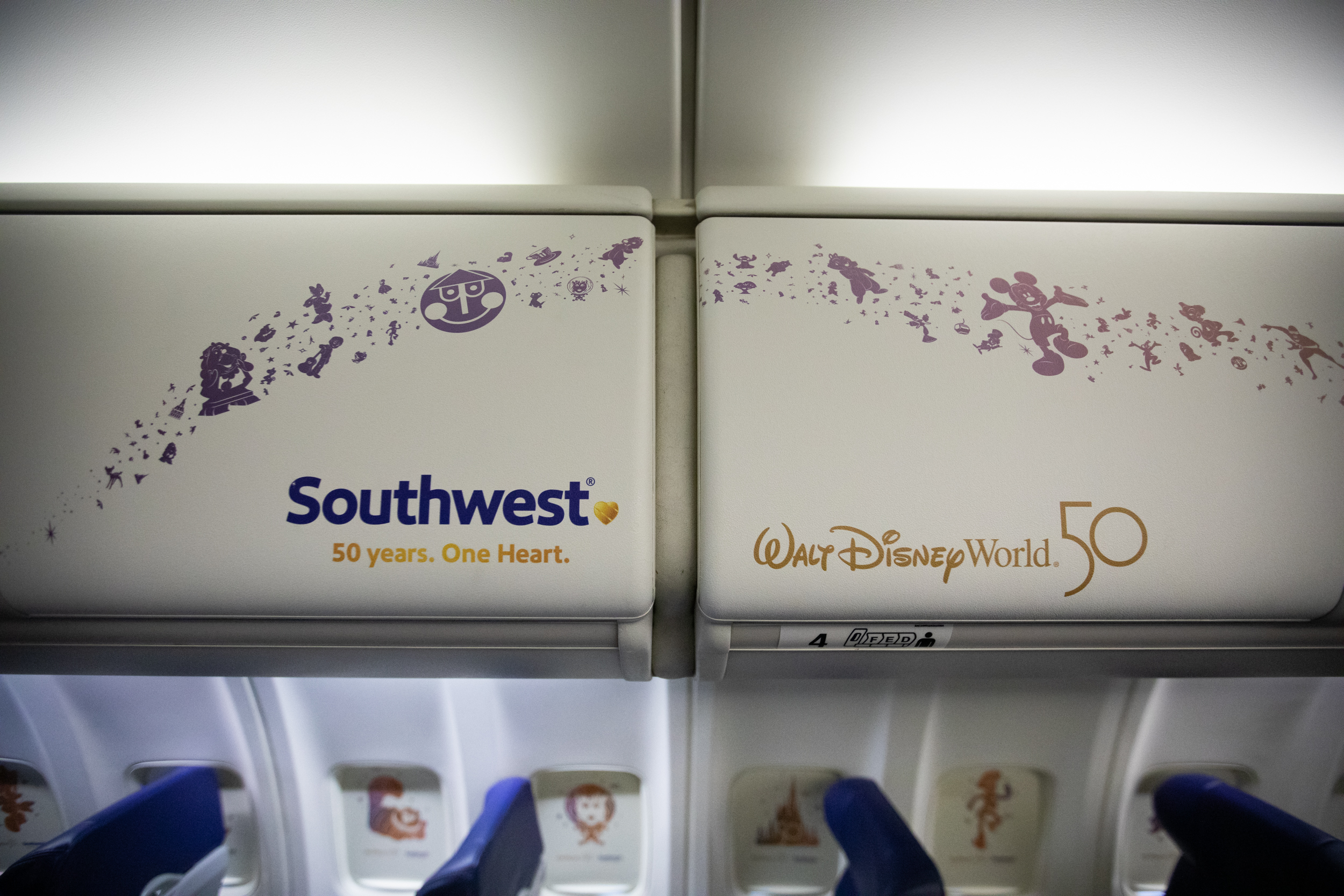 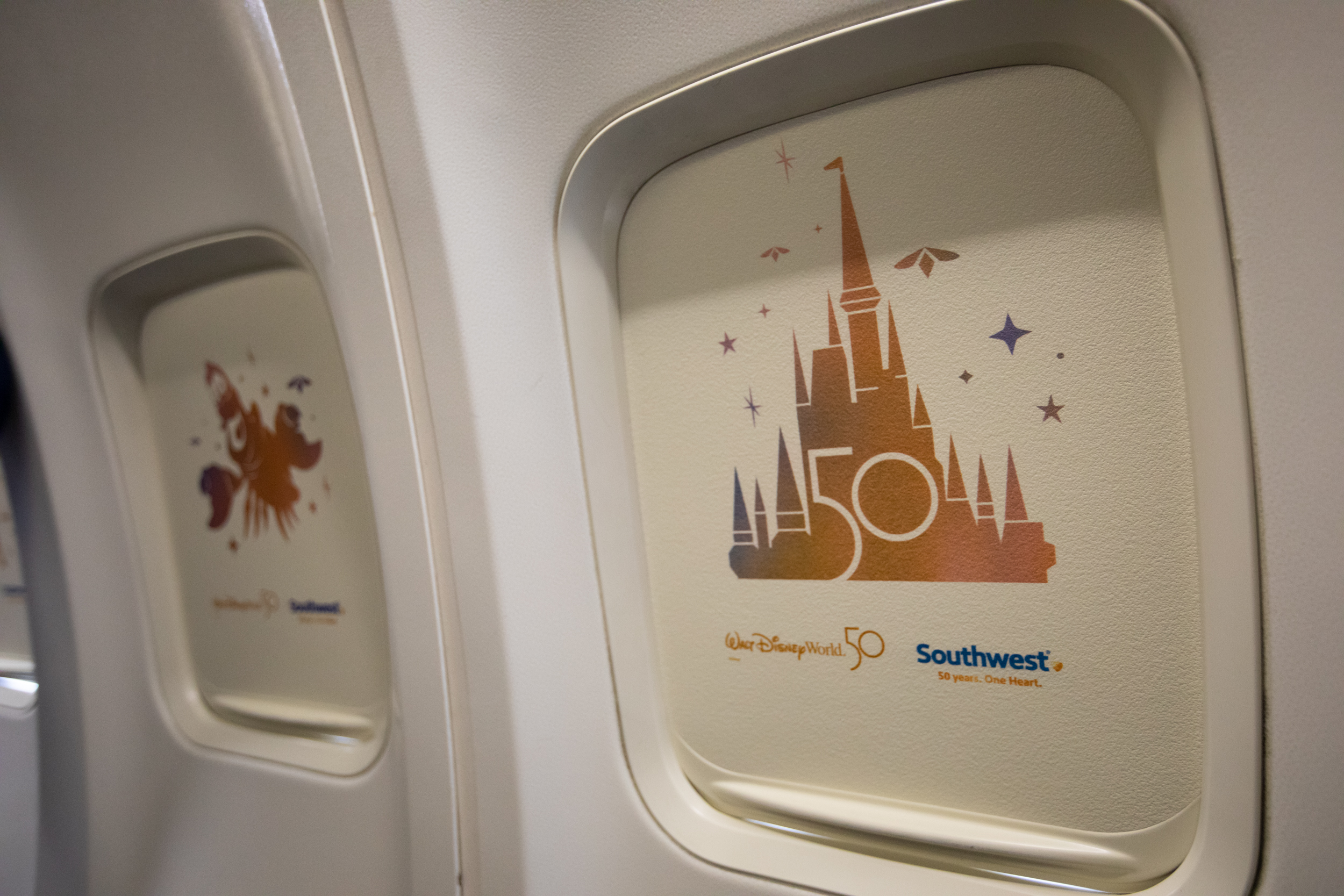 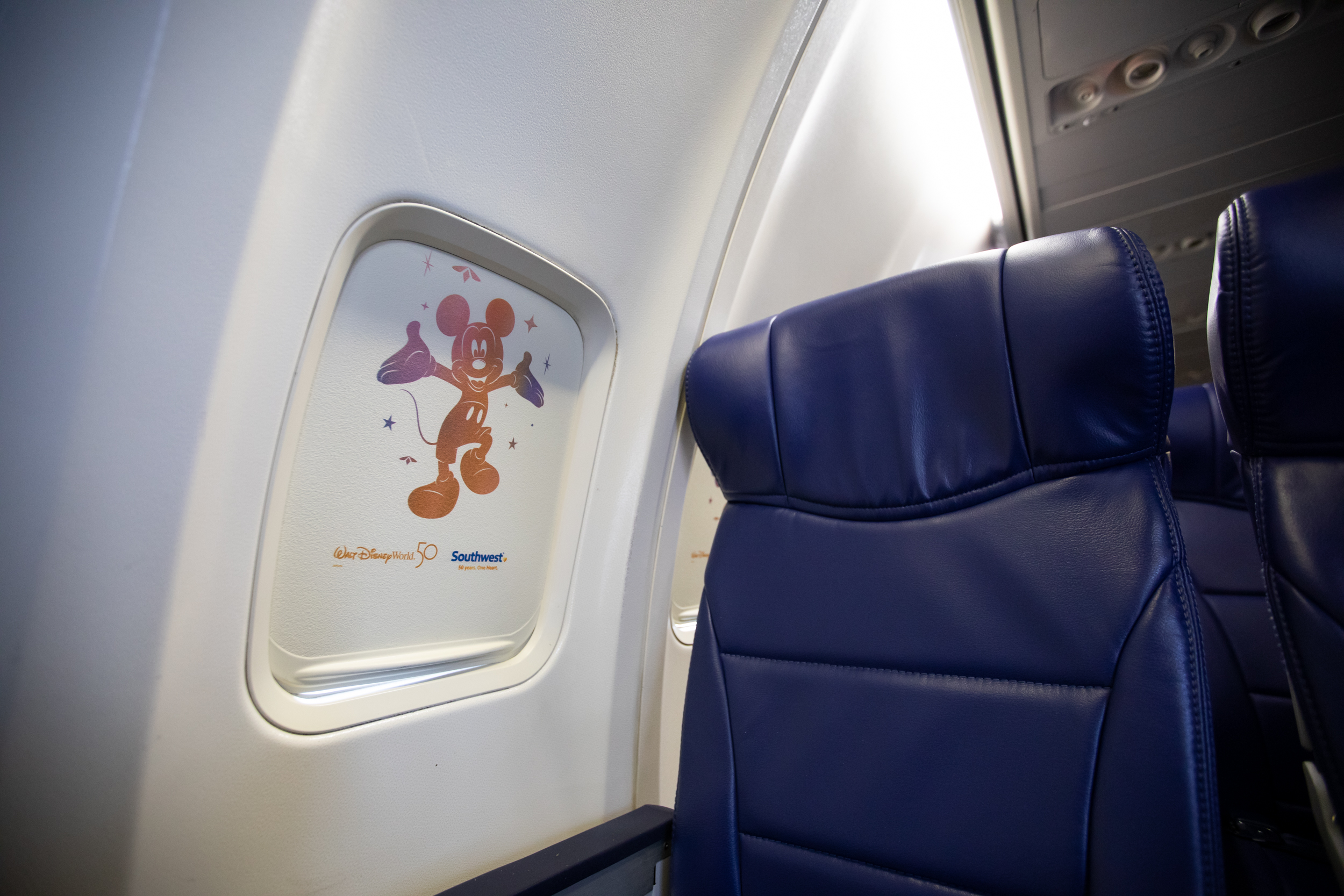 This special promotional aircraft also brings Walt Disney World Resort magic into the interior, as overhead bins and window shades sparkle with beloved Disney characters in the EARidescent treatment. The aircraft will fly around the Southwest system through March 2022. Fans can track the aircraft (tail number N954WN) and share photos using #Southwest50 and #DisneyWorld50. 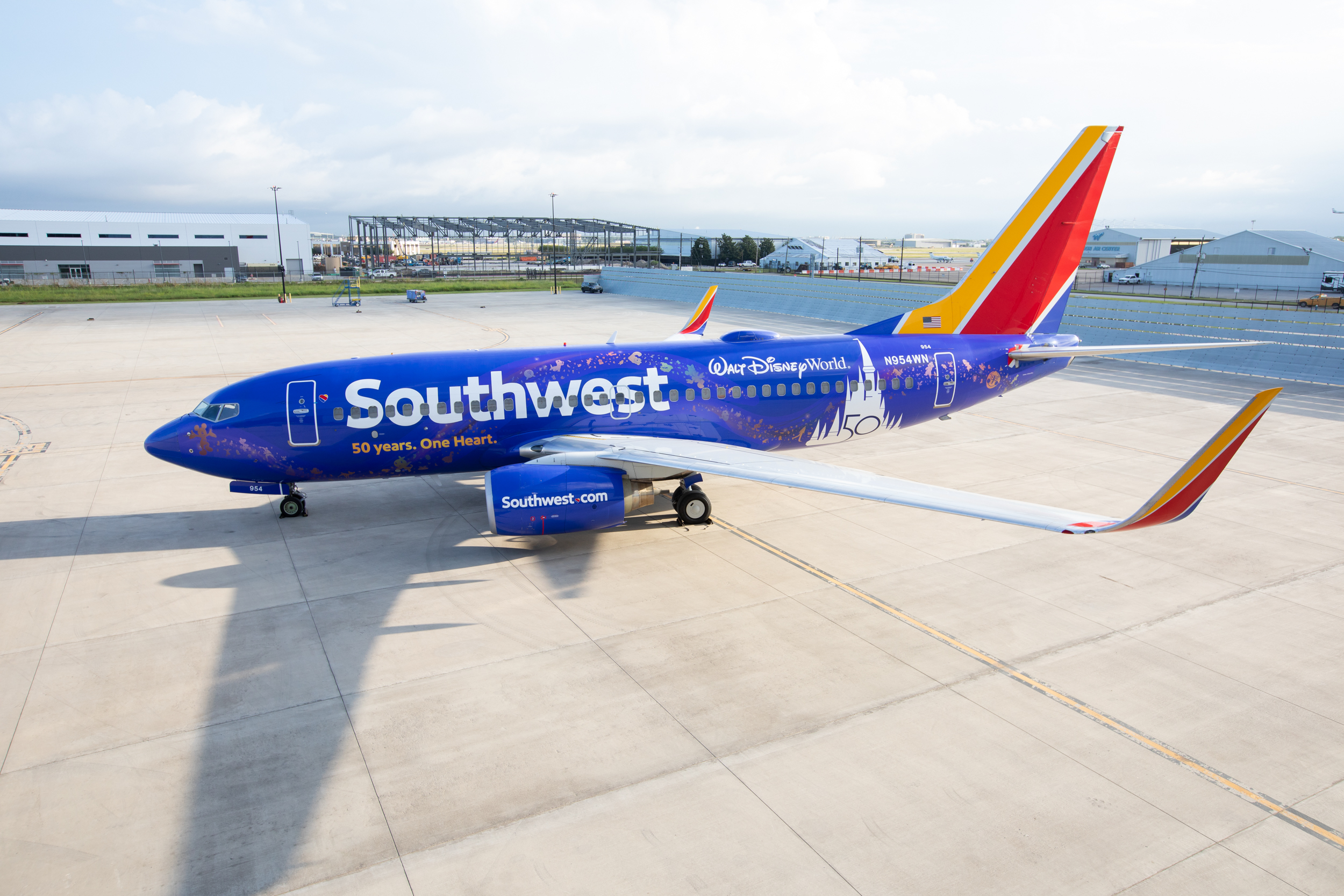 The magic continues with a Southwest50 Days of Giveaways sweepstakes*, which will award a winner and up to three guests with a Southwest and Walt Disney World Resort prize package each day from Sept. 28 through Nov. 16, 2021. You can visit Southwest.com/50days to enter each day for a chance to win a vacation package that includes lodging, Walt Disney World Resort Theme Park tickets, a Disney Gift Card with a value of $200, and round trip air travel to Orlando, Florida, on Southwest.

Southwest Customers can enjoy a sneak peek at some of the magic of the Walt Disney World Resort 50th anniversary celebration with exclusive video on the carrier’s Inflight Entertainment Portal and the Walt Disney World on-demand TV series channel. The video highlights some of the special moments at the resort to come throughout the 18-month anniversary celebration and will be available onboard beginning Oct. 1, 2021, when The World’s Most Magical Celebration begins. 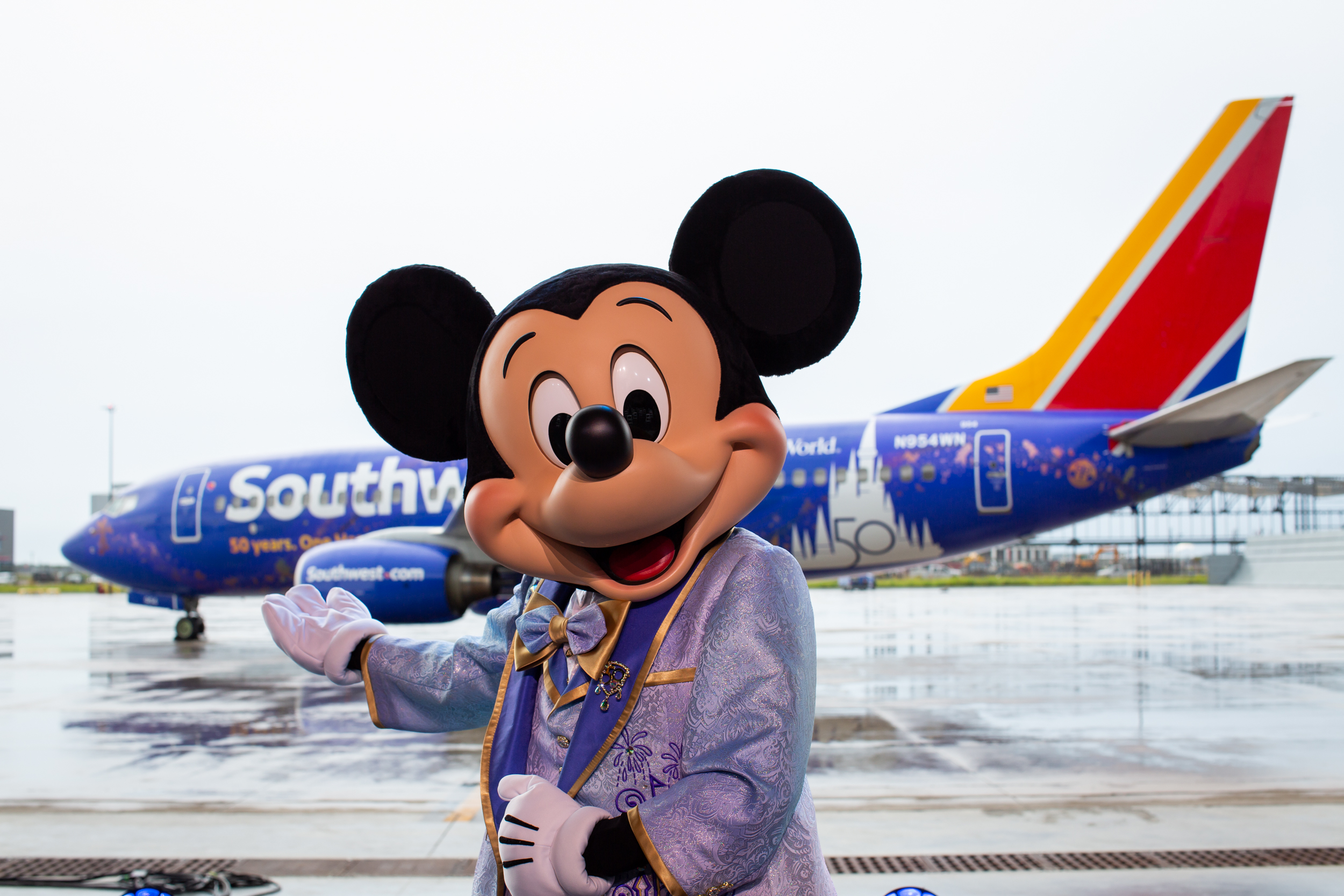 *NO PURCHASE NECESSARY. Open to legal residents of the 50 United States and D.C. (excluding Alaska) age 19 or older at time of entry. Ends Nov. 16,21 at 11:59 p.m. CT. To enter and for official rules, including odds, and prize descriptions, visit https://Southwest.com/50days. Void where prohibited.