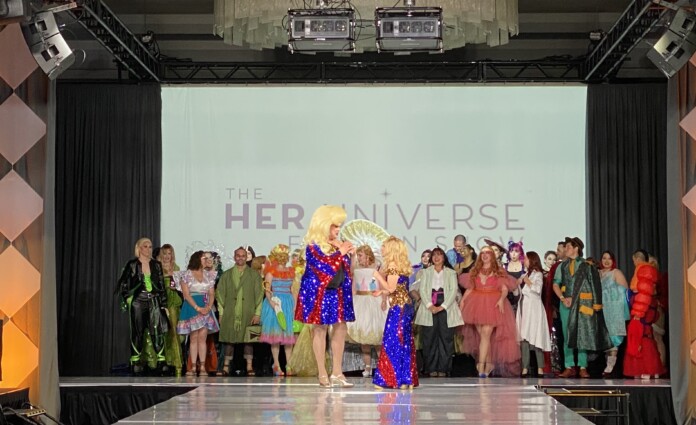 Geek Couture is here to stay now that the Her Universe Fashion Show has made its triumphant return to San Diego Comic Con.

Returning in person to the ever so familiar Manchester Grand Hyatt in San Diego, The Her Universe Fashion show electrified the convention fervor, once again reminding us all what the power of fandom and creativity can bring to the world. 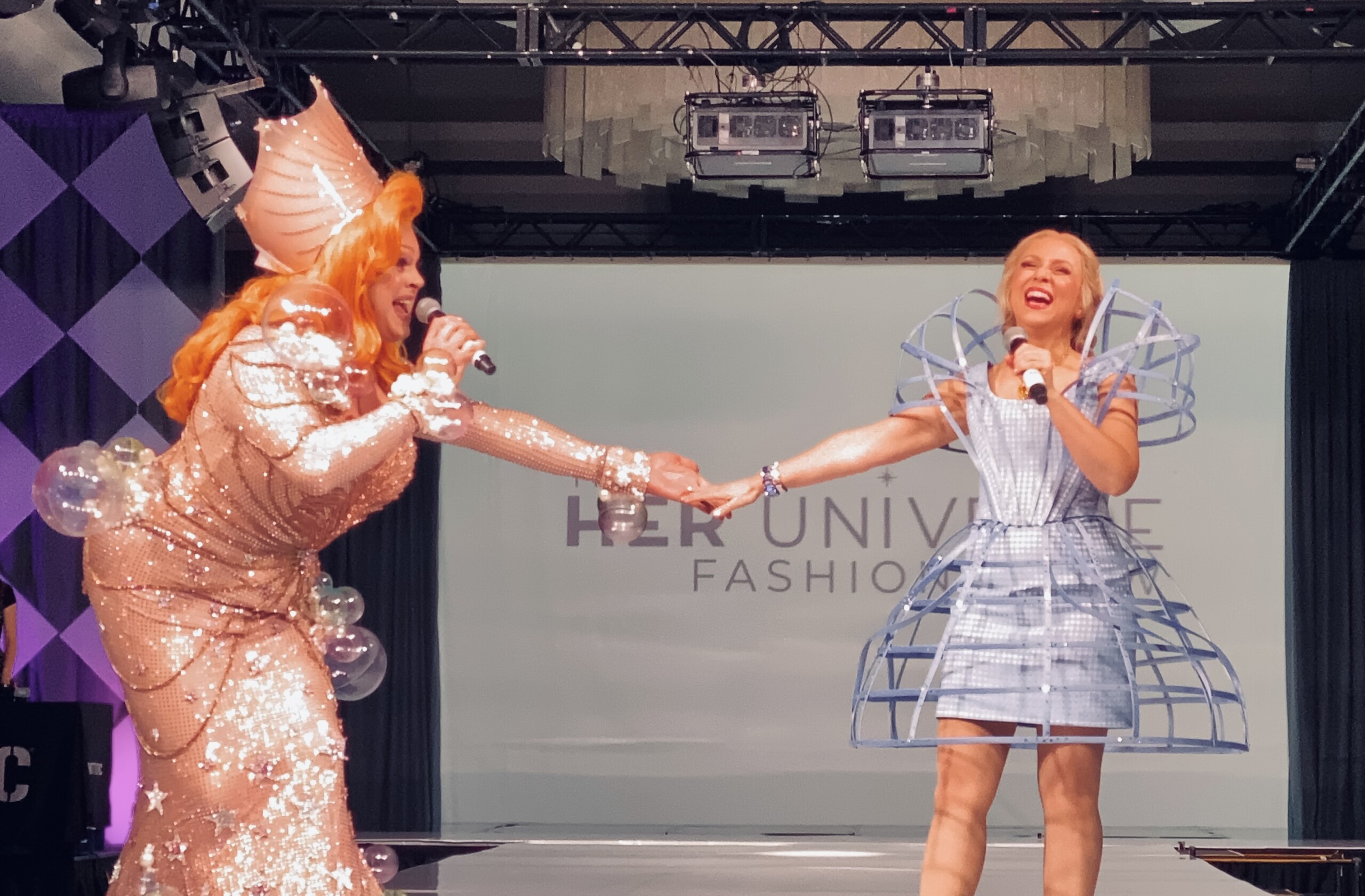 Fans were eager to welcome back the longstanding event, which made a virtual run last year due to the ongoing pandemic. Though the virtual show was a resounding success, it is safe to say everyone couldn’t have been more excited to be back in person, especially since the ballroom catwalk has not had a single strut since 2019. This year’s theme was fitting, “Coming Home”.

Just like Dorothy in The Wizard of Oz, we have been lost and trying to find our way back through the ripples of isolation and trouble caused by the pandemic. Beautifully stated, Ashley Eckstein brought it all to center on the return of the show, with every single member of the audience being welcomed back with a sense of hope and courage. 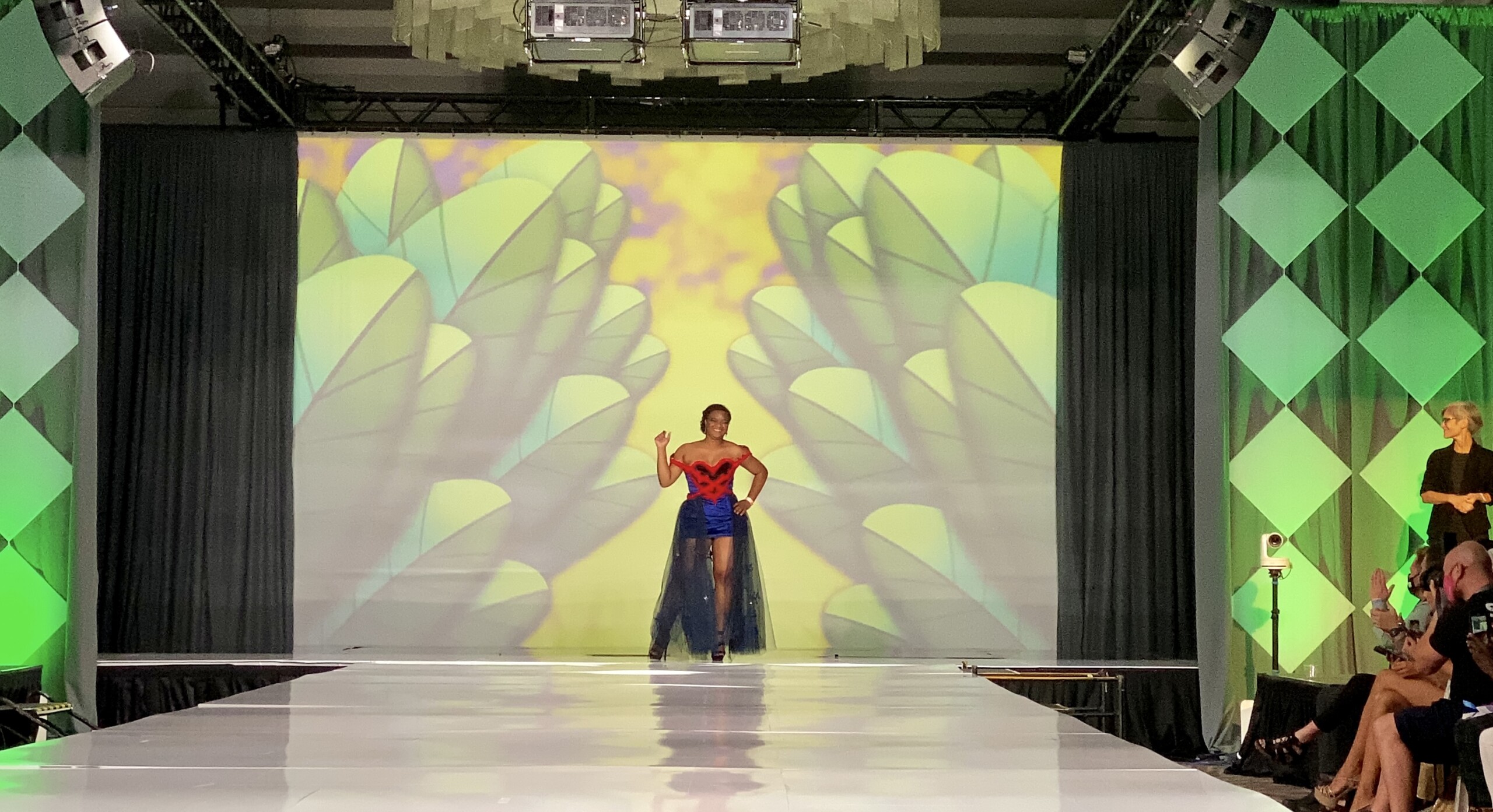 The show was also an opportunity to highlight the 2021 show winners, with each debuting new geek couture inspired outfits for the night’s festivities. 2022 also marked the reveal of a brand new centerpiece for the show stage, a brilliant star dedicated to the memory of late Her Universe Junior Fashion Show designer, Miranda Star. 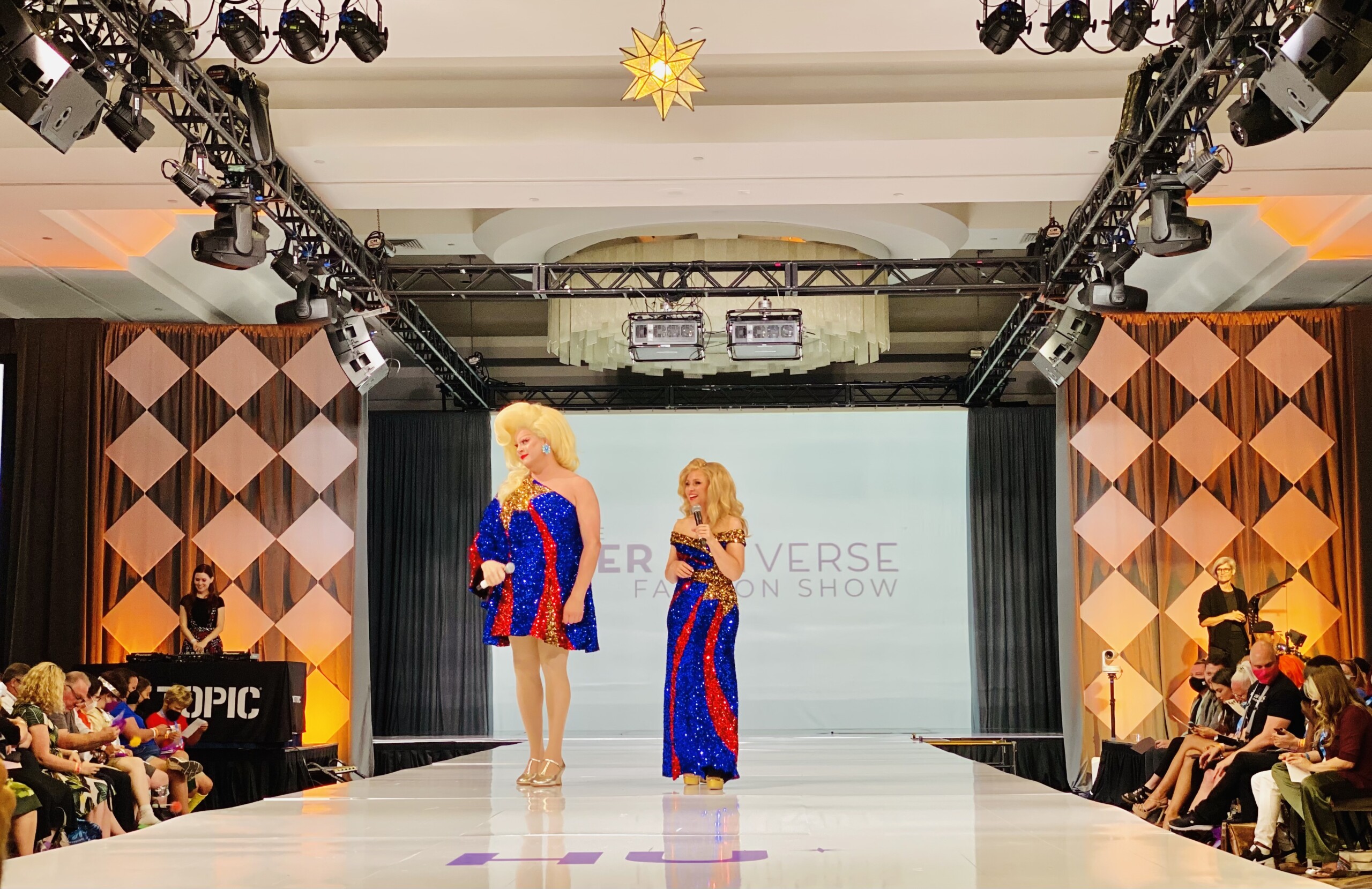 Overall, Five waves of unique designers from all corners of fandom came together on stage, each design just as painstakingly impressive as the last. From Emperor’s New Groove, to Spirited Away, to the Lizzie McGuire Movie, each design vied for the chance to be selected as a part of a duo of new designers tasked with making a unique collection for Marvel Studios’ upcoming film, The Marvels.

After careful deliberation, Cindy Guillermo Heselton was crowned the judge’s winner with their Turning Red inspired look, Caged. Joining her in victory was the audience choice winner, Michael Burson. Burson’s Doctor Strange Hellfire Gala outfit dazzled, bringing down the house with an endless amount of flair.

Her Universe has also revealed a variety of new products and designs to celebrate Comic Con with collections from Star Wars, Marvel, and Studio Ghibli. The Studio Ghibli line, dubbed, The Harajuku Collective, will also take part in an exclusive pop up in Japan, marking an international move for the Her Universe Brand. 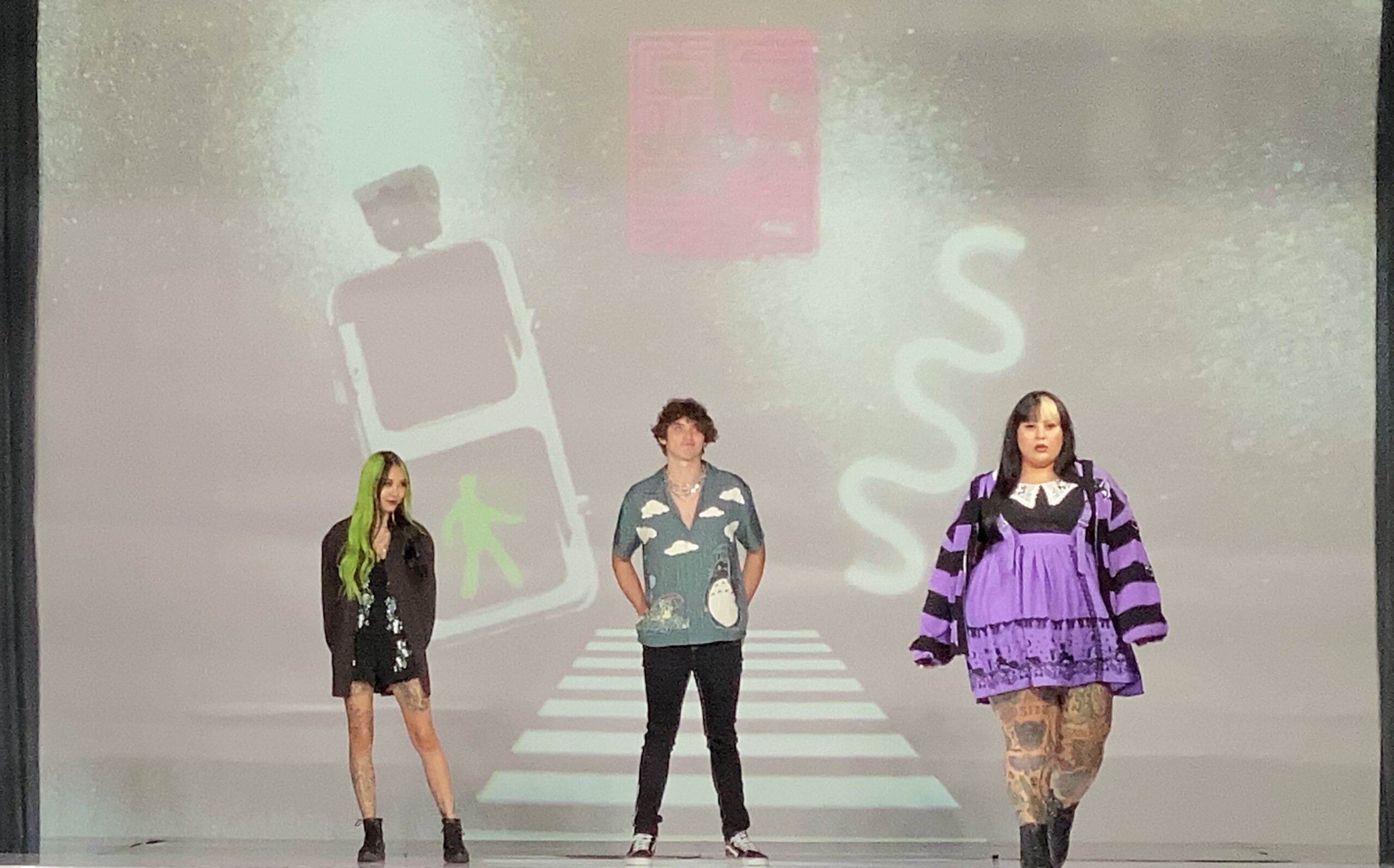 The Harajuku Collective and pop up event will debut in August, wowing fans with special inspired looks from Spirited Away, Howl’s Moving Castle, Kiki’s Delivery Service, and many more!

You can learn all about the new product line, as well as what’s coming soon by checking out HerUniverse.com!

Can’t wait to see what 2023 has in store for the Her Universe Fashion Show. There truly is no place like San Diego Comic Con, and no show like this anywhere, whether here or beyond the rainbow!