Cate Blanchett’s Hela stands over a seemingly defeated Thor, once again played by Chris Hemsworth, and with a smirk says, “I’m the goddess of death. What were you the god of again?”

A question that, as silly as it may seem, is probably the right one that the series needed to ask. It’s no secret that the Thor films are seemingly looked at as some of the weaker entries in the Marvel Cinematic Universe, but Taiki Waititi’s Thor: Ragnarok does a lot of heavy lifting to fix that perception. For the first time, Thor: Ragnarok embraces the character’s Jack Kirby past, going for a full-fledged sci-fi/adventure film that is unlike anything you’ve seen yet in the MCU. Honestly, this film feels like the equivalent of a Saturday morning cartoon mixed with the cover of a Dio album, and that’s the best possible compliment for what Waititi has accomplished here.

There’s something to be said about the way that Waititi has come in to tackling Thor: Ragnarok, treating this as a new beginning, instead of a closing chapter for the character. Sure, the events in the previous films have happened, but Waititi isn’t focused on that, and is instead more interested in telling a more self-contained narrative about what happens to when Thor and Hulk go on a cosmic road trip. If you think that sounds different, that’s because it truly is. Ragnarok is part sci-fi epic and part buddy road film, and it’s a rather unique mix that makes for a really intriguing film. The one thing that the MCU has been big on is trying to expand their films outside of the typical comic book genre, and that’s never been more clear than it is here. Yes, it has many of the same beats that you expect, with possible world ending stakes and a big bad guy, but it’s done in such a fresh way it feels new.

Hemsworth looks like he’s having the time of his life back as Thor, this time finding himself on the planet of Sakaar, where he’s imprisoned and forced to do battle as a gladiator. This gives Hemsworth the chance to really play the character in a new way, and not only that, they’ve also embraced that Hemsworth is also an incredible comedian. Thor is witty, funny, and kind of aloof at times, but you still love the character because Hemsworth is so likable in the role. Also, Tom Hiddleston’s return as Loki is fantastic, and much like Hemsworth, he’s found a new way to play Loki that keeps the role fresh. But part of the thing that makes the film work is it isn’t only about Thor, as he’s a character who works well in an ensemble, and they’ve surrounded Hemsworth with a magnificent cast who really elevate the film in new ways.

Of course, Mark Ruffalo returns as Bruce Banner/The Hulk, and this may be Ruffalo’s finest turn in the character. Banner is much different when the audience meets him, and it gives Ruffalo a real chance to do something new in the role. Hulk, much like Thor, has always worked better as part of an ensemble, and Waititi having him paired with Thor is a brilliant move that makes both character better. But it’s Tessa Thompson’s Valkyrie who really steals much of the film in spectacular fashion. Thompson is so cool in the role, and is such a wonderful addition to the MCU, and her connection to Thor and Asgard makes her a natural fit in the film. Thompson just oozes charisma and badass charm whenever she’s on screen, it’s hard not to instantly love her. Here’s hoping she gets even more to do in the future of the MCU, because the character is too good for a one off appearance here.

But if there’s one thing that Waititi has done outside of making a really great ensemble, is made a film that is both incredibly fun and funny, while also being deadly serious and heartfelt. It’s not an easy balance, but anyone who has seen any of Taika’s previous films knows it’s a balance he’s able to manage. Thor: Ragnarok features what’s an incredibly bleak and serious situation for Thor, Loki, and the future of Asgard, so Taika has wisely walked back what could have been dour and added some extra life to the film that makes it fun. It sounds weird to say that a movie about the destruction of Asgard can be fun, but hey, that’s what they did here, so we’re sticking with it. Waititi’s touch is very specific, so he’s added a lot of humor to the film, but he manages to avoid it feeling overly slapstick in a way that Guardians of the Galaxy Vol. 2 couldn’t quite manage. The jokes are fast, furious, and almost all of them land throughout, without many of them feeling out of place. This truly could be Marvel’s funniest film to date, but that doesn’t make the film less badass.

Thor: Ragnarok is also easily one of the most action packed films in the MCU thus far, and Taiki has really made Thor feel like the God of Thunder so many have waited so long to see fully realized on screen. Each frame of the film’s action feels like it’s completely inspired by the art of Jack Kirby, giving Thor some truly awesome moments on screen. Not just that, the fight scene between Hulk and Thor in the colosseum on Sakaar is one of the finest fights in the entire MCU, and feels like a great Round 2 after their first battle in The Avengers. Of course, great action means you need to have a great villain to go against, and Cate Blanchett steals her scenes as Hela, crafting a truly fun, twisted villain that you can’t look away from. She’s a wonderful foe for Thor both in brain and brawn. It makes for a great dynamic that truly makes the film work.

However, the film isn’t without its problems. One of the biggest being that while it tries hard to be a standalone film, it really leaves past characters much in the dust. The Warriors Three have a blink and you’ll miss it cameo, with Ray Stevenson having a single line of dialogue, and Zachary Levi having none. Tadanobu Asano has the most screen time, but even then, is quickly, and rather unceremoniously, taken out of the film. But the biggest disappointment is the fact that Jamie Alexander’s Lady Sif is nowhere to be found in the film. She’s a central part of these films, and the bigger MCU, so to not have her in the film is a huge letdown. It just feels as if those characters, as well as Natalie Portman’s Jane Foster, are just seen as expendable, and are quickly written out with little to no fanfare. There’s also a bit of frustration in the film’s rather poignant ending being a bit undone by the film’s mid credits scene, because of the necessary use of building into Avengers: Infinity War. It’s understandable why it’s done, but it feels like it would have been better left for that film’s opening than this film’s closing.

Even with the film’s biggest issues, Thor: Ragnarok is just relentlessly entertaining from start to finish. The film finally makes Thor feel like a main player in the MCU in a way that many haven’t felt the character was to this point. Oozing with comedy, heart, and action, the film starts and never lets up for its entire two-hour run time. With a fantastic cast, a great score, and maybe the best use of a Led Zeppelin song in any film, Thor: Ragnarok is a truly fun time at the theaters for both older fans of the MCU and newcomers. This is some of the most fun you’ll have at the movies all year, don’t miss it. 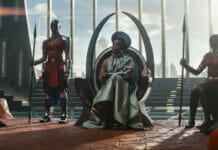 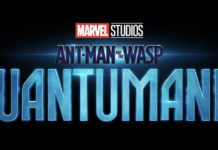