The cast of DuckTales flocked to the Disneyland Resort on May 12 to take part in a fans only event to discuss the new show, share the latest news from the series, and run through a special table read of a new episode written just for Fan Fest. With new content, merchandise, and fun on the way, there’s a lot coming from Duckburg for fans this summer! Check out all the details as well as an exclusive interview with SoCalThrills below!

DuckTales has been a smash hit since its revival in 2017, successfully rebooting the beloved Disney Afternoon series that ran from 1987 to 1990. The new series is now a childhood staple, ranking number one in its time slot with over 9.1 million total viewers. The show also reaches a larger audience, as it appeals to the nostalgia of adults that grew up with the original series. 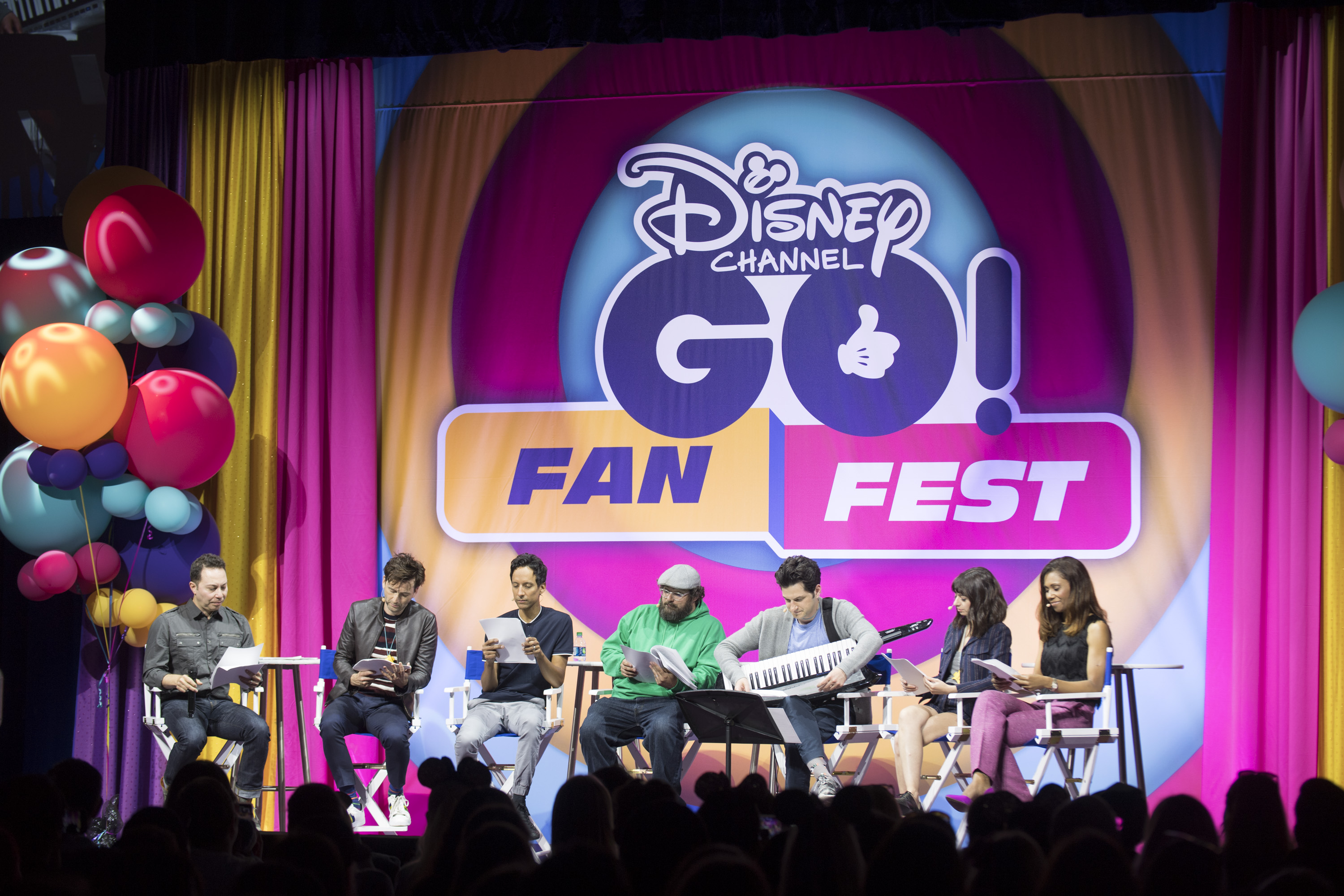 David Tennant, who voices the eccentric Scrooge McDuck, shared his thoughts with the rest of the cast about the show and how special it is to be a part of the series. “I feel very privileged..like I’ve been given something very precious. People love the show, people love this character. It’s iconic.” Tennant took the helm from the late Alan Young, who had voiced the character from 1974 until 2016. The entire cast shared the same feelings of pride and attachment to their characters as well as the need to honor the legacy of the original series. 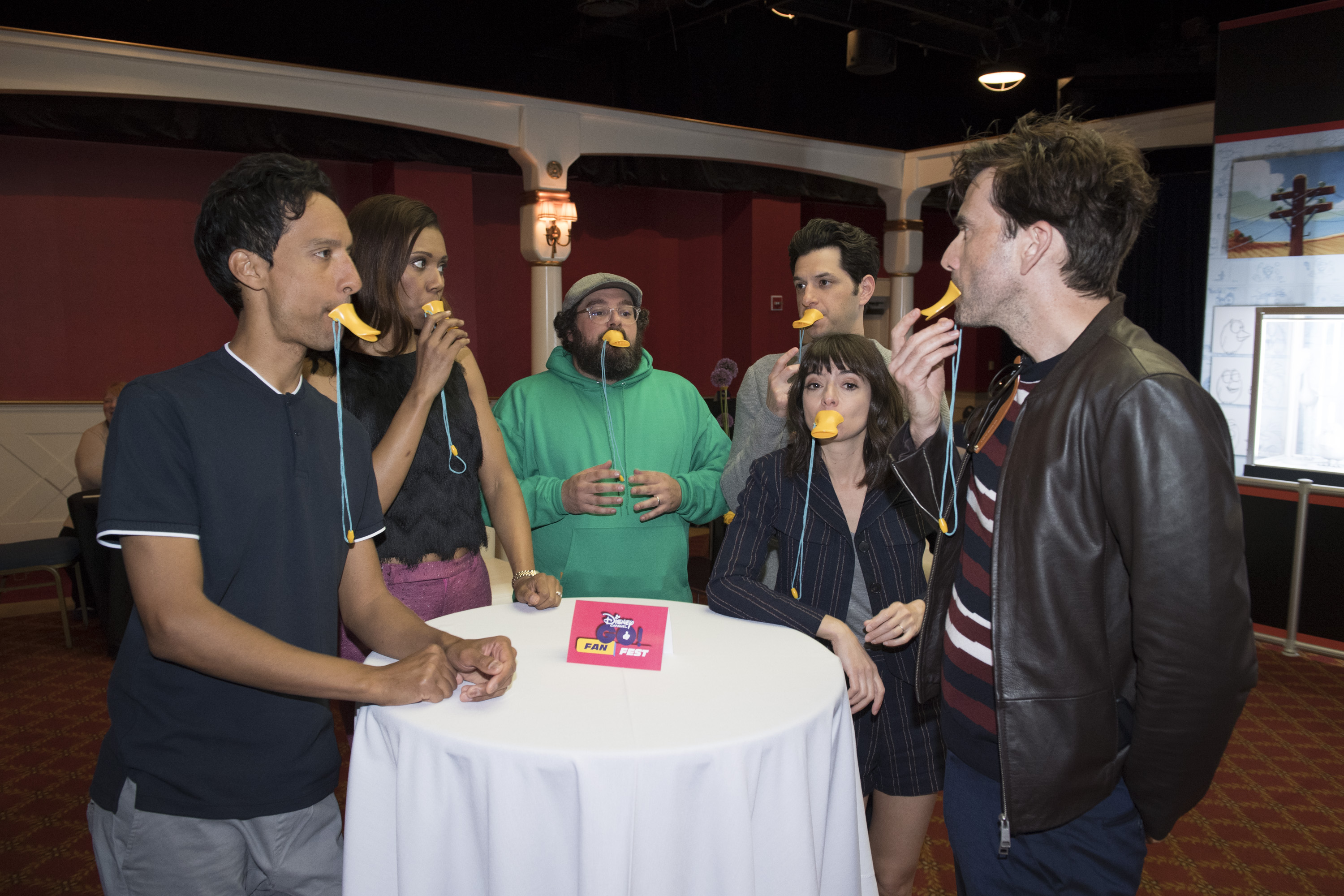 “It means a great deal to us. It’s one of those shows that you really fight for to try and be in”, said costar Ben Schwartz. Schwartz was cast along with Dani Pudi and Bobby Moynihan as the famous nephew trio Dewey, Huey, and Louie. “The chance to get to do something that I watched as a kid and share with my kids is pretty thrilling”, Pudi added. 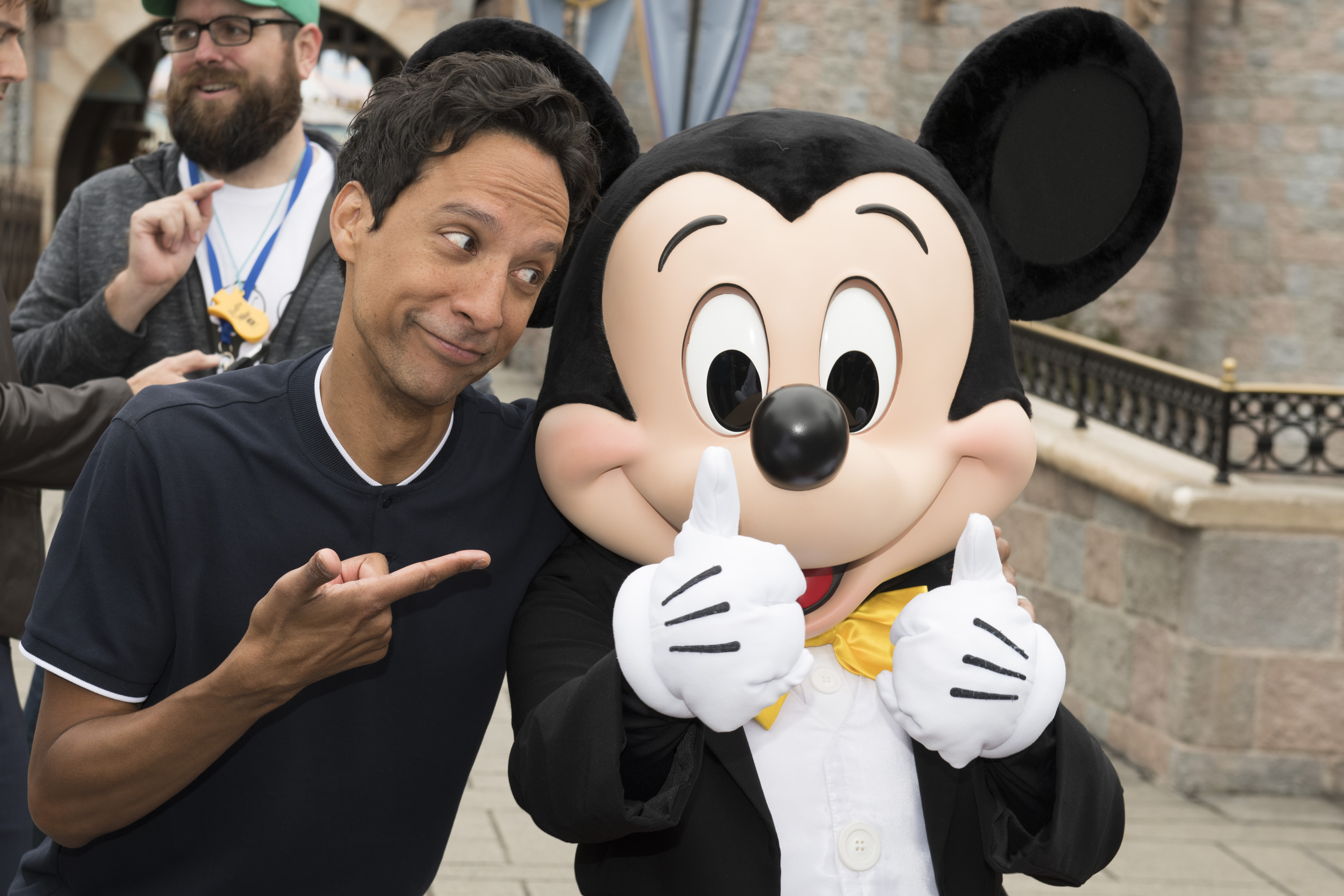 Though the new series does make a few changes, including the role of Webbigail Vanderquack. Played by Kate Micucci, Webby has a stronger presence and is full of personality. Ushering in a new chapter with the character was exciting for the actress, who grew up being a long time fan of the Disney Channel. “If I was ten and I knew I would get to do this, that’s amazing!” Micucci said. 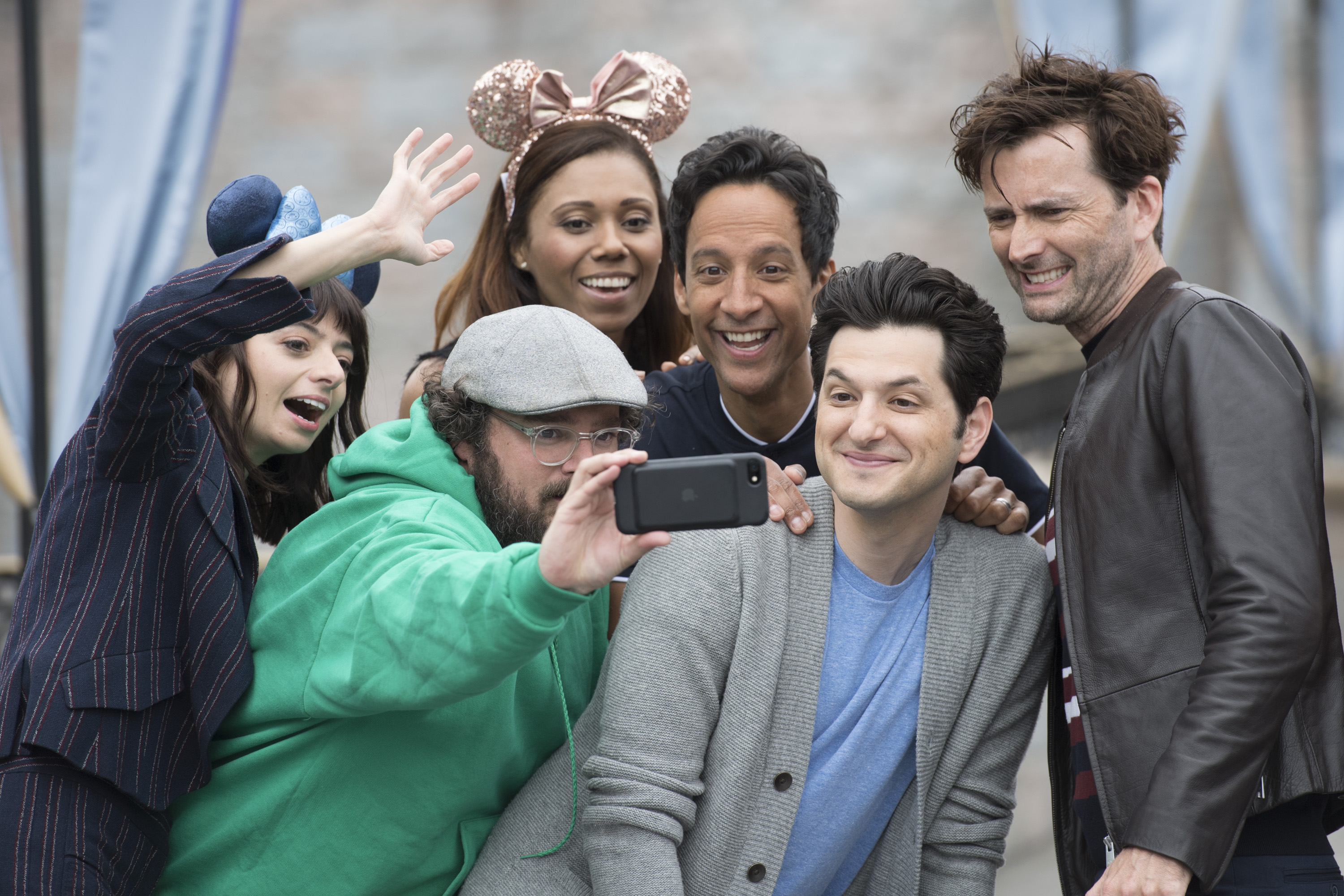 Fans will get the opportunity to explore with Webby and the rest of the gang through new titles by Disney Press that include DuckTales: Solving Mysteries and Rewriting History! IDW Publishing will be joining in, printing comic books as well as graphic novels. A new toy line has also been announced that include action figures, plush toys, and collectible items that will be made available as a Target Exclusive. 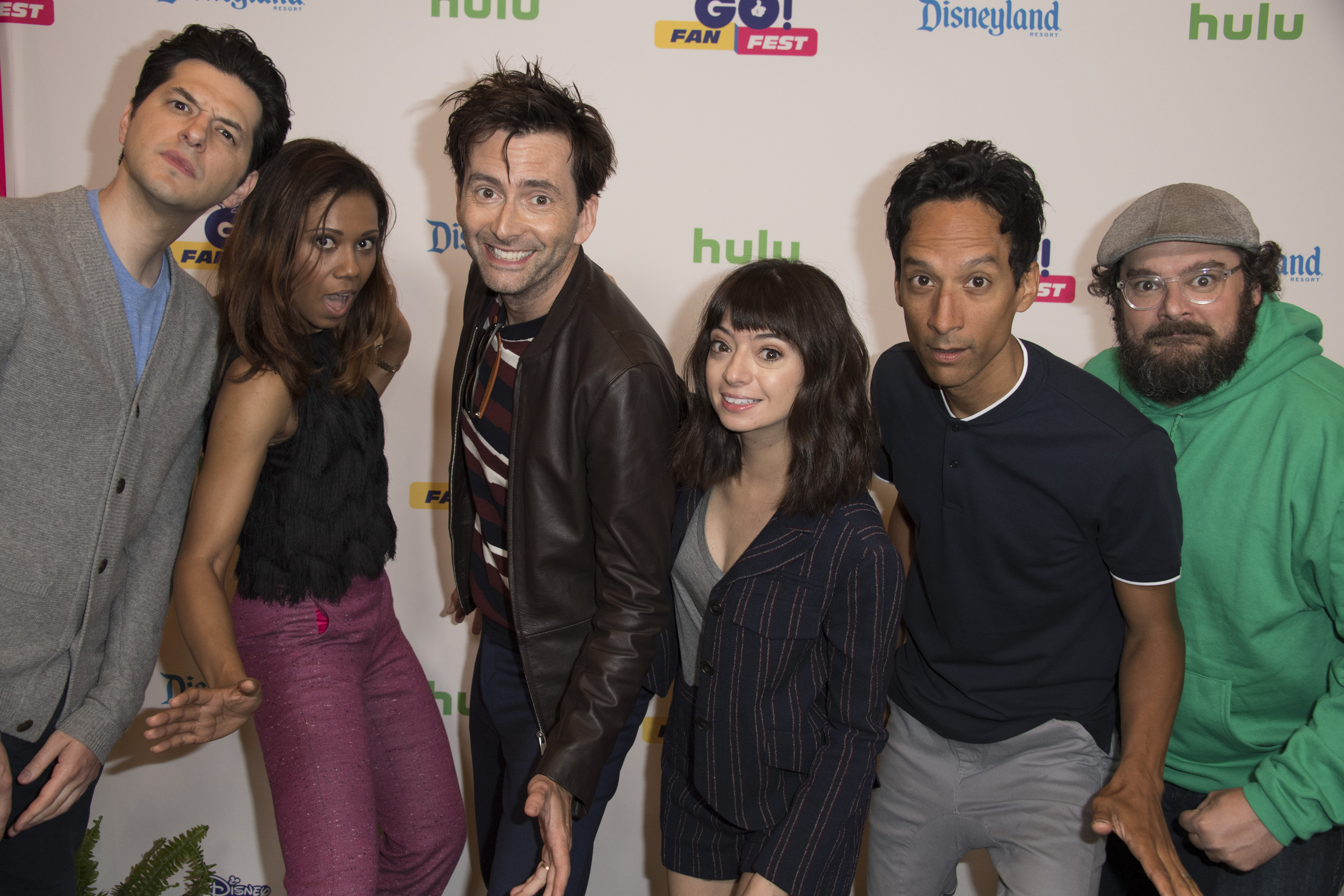 The Emmy Award-nominated can be found daily on the Disney Channel and Disney XD, with new episodes premiering every Friday in May. You can watch the series live, or throughout Disney’s other services such as DisneyNow, Disney Channel On Demand, and Disney Channel’s official YouTube page. The show will also be debuting a compilation DVD titled, DuckTales: Destination Adventure, which will have a mix of current episodes along with two classic episodes from the original series that have never been available on home video.

You can learn more about the series by checking out the official site.