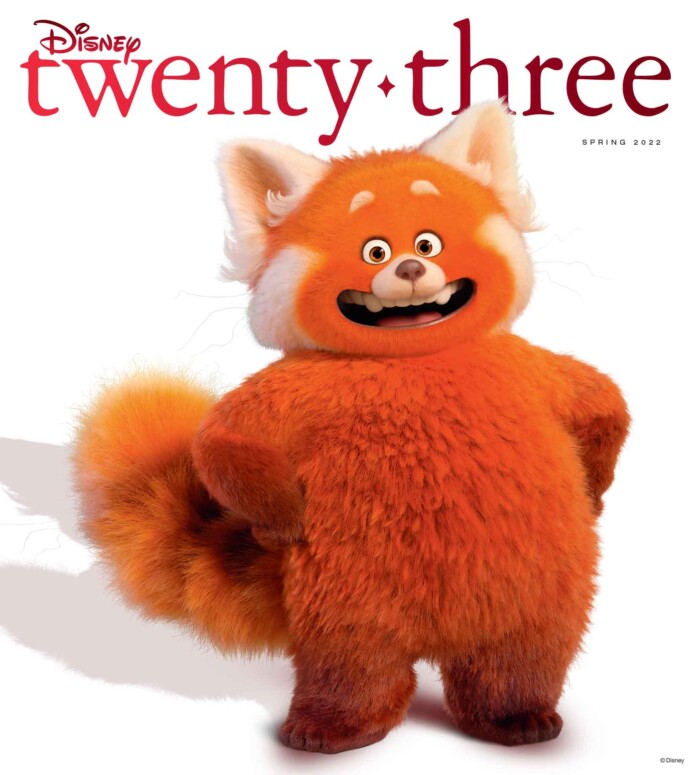 What if teenage anxiety transformed you into a giant red panda? It’s the kind of question only the creative minds at Pixar Animation Studios would dare to ask and answer in Disney and Pixar’s wild and wonderful new animated feature, Turning Red.

The spring issue of Disney twenty-three features an exclusive cover showcasing the cuddly oversized character (the much bigger and furrier version of Mei Lee, a teen with a lot on her mind), as well as a conversation with director Domee Shi and star Sandra Oh about creating this unique tale, which premieres exclusively on Disney+ on March 11. 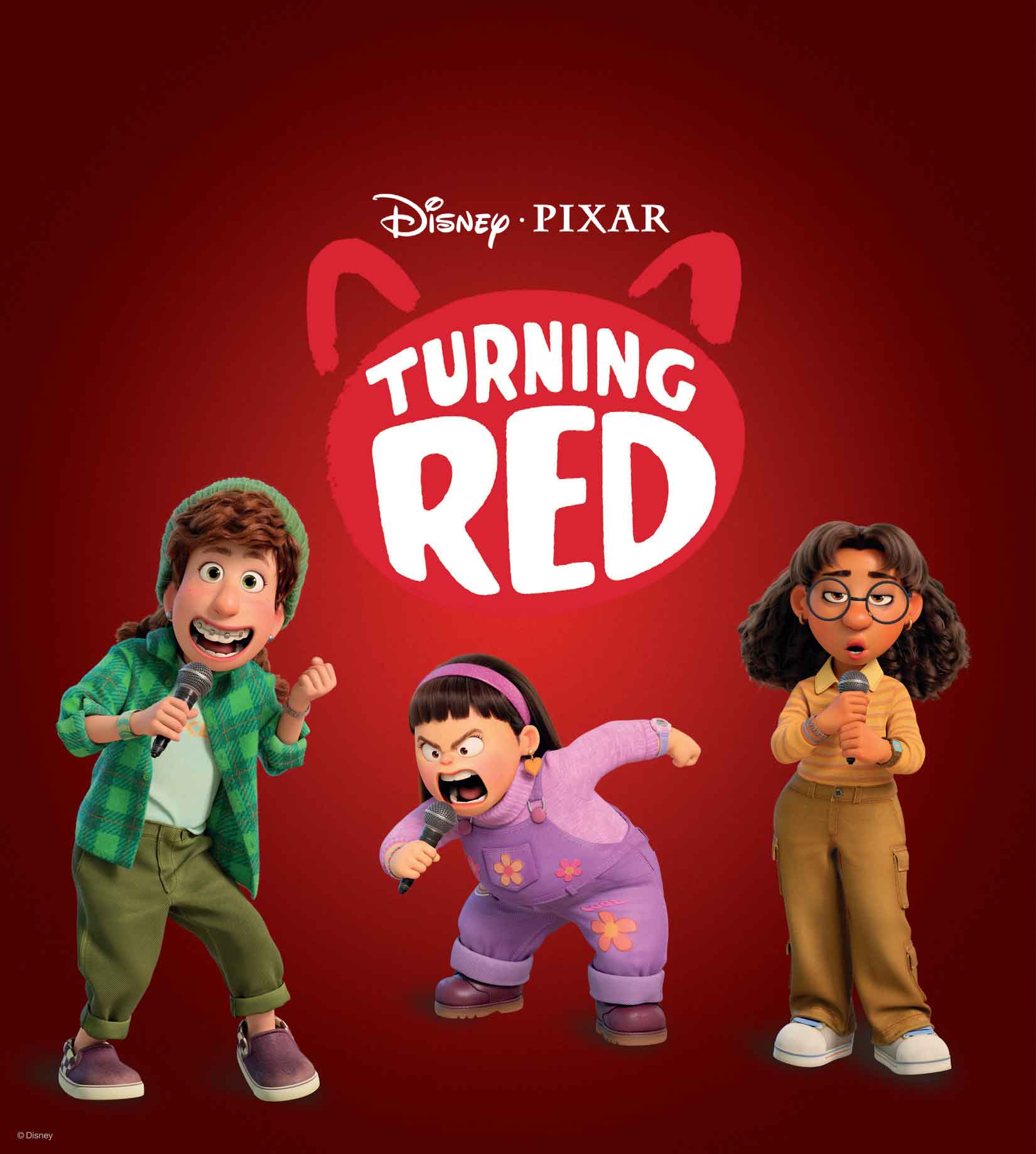 And later this spring, Doctor Strange will face his greatest challenge as he staves off chaos in Marvel Studios’ Doctor Strange in the Multiverse of Madness. Co-producer Richie Palmer and star Xochitl Gomez reveal how they tackled the most complicated tale yet in the Marvel Cinematic Universe.

The new issue, available exclusively to Gold Members of D23: The Official Disney Fan Club, also details what guests can expect when they travel on the Star Wars: Galactic Starcruiser at Walt Disney World Resort starting this March, as writer Will Keck goes “undercover” for the Resistance and manages to sample the exquisite cuisine, “shore excursion,” and entertainment offerings along the way.

In another part of the World, Imagineers are putting the finishing touches on EPCOT’s first other-World Showcase Pavilion—the Wonders of Xandar—and discuss the excitement that awaits guests on one of the largest indoor roller coaster experiences in the world. Plus, the stellar journey of pilot droid RX-24, better known as “Rex,” is chronicled in honor of 35 years of the popular Star Tours attraction.

Also included in the Spring 2022 issue of Disney twenty-three:

– Sixty years of “great responsibility” with Spider-Man
– The magnificent creatures of Disneynature’s epic Polar Bear
– A new generation of Alice and her friends in Alice’s Wonderland Bakery
– The deeply rooted Disney connections in Ridley Pearson’s Kingdom Keepers Inheritance: Book One
– Disneyland Paris’ most iconic attractions, from concept art to reality, to celebrate the park’s 30th anniversary
– The life-changing Disney Dreamers Academy
– Regular features including By the Numbers, Character Analysis, and Ask the Walt Disney Archives

Delivered directly to fans’ doorsteps and is offered exclusively to D23 Gold Members as a benefit of their membership. The latest issue will begin arriving before the end of February.