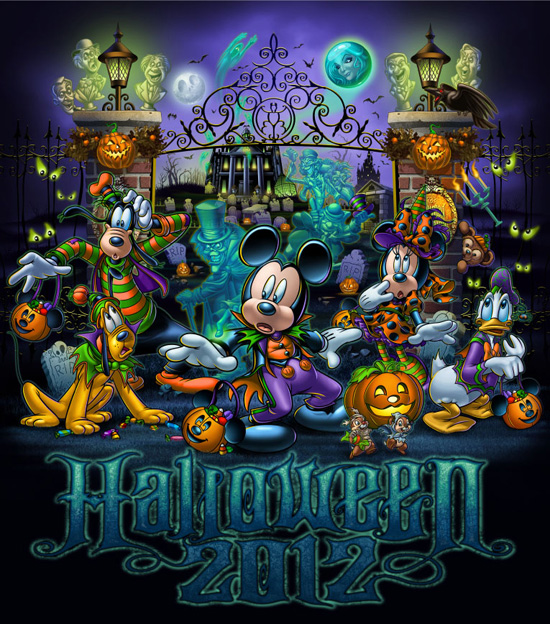 As summer winds down, I’m anticipating the arrival of my favorite season. Fall is host to many things I love, including college football and my birthday. At Disney Parks, fall signifies the return of Halloween, a two-month celebration that includes special events like Mickey’s Not-So-Scary Halloween Party at Magic Kingdom Park in Florida or the amazing holiday makeover for the Haunted Mansion at Disneyland park. Speaking of the Haunted Mansion, this classic attraction will be prominently featured in new Halloween merchandise arriving in August. You may recall my conversation with Cody Reynolds, Senior Character Artist with Disney Design Group, about last year’s playful artwork. Cody explained that collaboration was a key ingredient in creating this year’s designs. 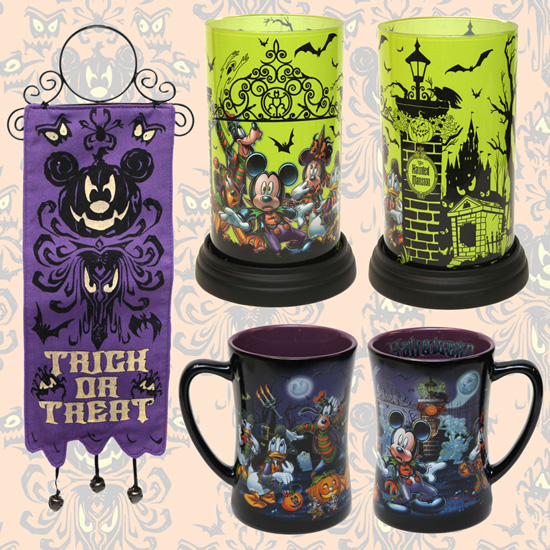 “This year’s art program has been in development for about 18 months,” said Cody. “Disney Theme Park Merchandise partnered with Walt Disney Imagineering, Entertainment and the Food and Beverage division in order to create one cohesive visual story for Halloween that will be used in several ways at Disney Parks.”

As we talked, Cody showed me the progression of concepts for this year’s art.

“We worked through concepts that had characters wearing a variety of costumes,” continued Cody. “We dressed them as pirates, princesses, clowns and more. We finally settled on their theme park attire with a fun Halloween twist, like Minnie’s classic polka dot dress done in black and orange.” 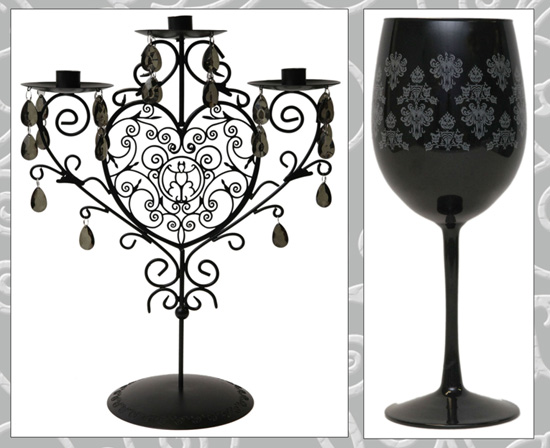 This artwork will be used on a variety of merchandise items, including decorative items, mugs, pins, shirts, hats, Vinylmation, and much more. We are also introducing a line of Haunted Mansion-inspired items that will be carried year round. (I gave a first look at these items a few months ago.)

I particularly like how the Mansion’s gates were used as the place where the characters and Mansion residents meet.

“We intentionally chose the gates as a meeting place,” Cody explained. “They worked really well for the story we were telling, as they are a common feature found at the Haunted Mansion attractions.” 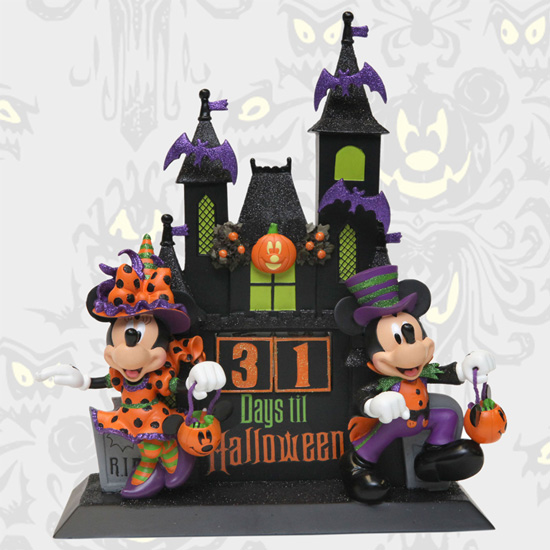 I think one of my favorite new items is the “Countdown to Halloween” figurine. Now I just need to figure out what costume to wear this year.