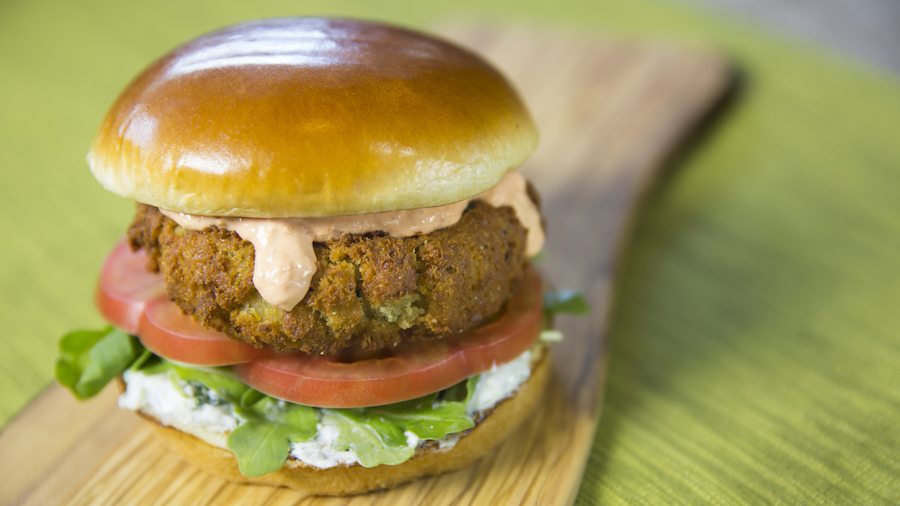 Disney restaurants continually rotate their menus to provide better experiences throughout Walt Disney World. May brings a long list of additions and changes to many of the park and resort food locations. For many, this also includes the addition of new vegetarian options throughout the parks.

The Sci-Fi Dine-In Theater, found in Disney’s Hollywood Studios, has premiered a number of new options, including signature blended beef burgers. The BBQ burger features a house sauce with bacon, cheddar, crispy-fried jalapeño and onion straws all packed between a brioche bun. A Falafel Burger with a crispy chickpea falafel patty, arugula, tomato, Tatziki sauce and red pepper aioli on a brioche bun has also been added to Sci-Fi’s menu. Surf and Turf has made a return to Narcoossee’s at Disney’s Grand Floridian Resort & Spa. The meal pairs a six-ounce lobster tail with a six-ounce sirloin, served with Yukon gold rustic mashed potatoes and roasted spring vegetables. Changes at the Magic Kingdom can be found at some popular quick service locations. Casey’s Corner will be featuring a Buffalo Chicken dog with an all-beef hot dog loaded with shredded buffalo chicken, garlic-ranch dressing and celery starting on June 4th. Pizza Frusta, a folded pizza-like snack, is now available at Cool Ship. This on-the-go options give you the choice of tomato and cheese or pepperoni and sausage.

The Smiling Crocodile at Disney’s Animal Kingdom has also added Open-Faced BLT sandwiches to its menu. For one snack credit you can choose from turkey, salmon or pimento-cheese on toasted ciabatta with lettuce, tomato, and thick-cut smoked, house-roasted bacon.

Which of these new options are you most excited to try?