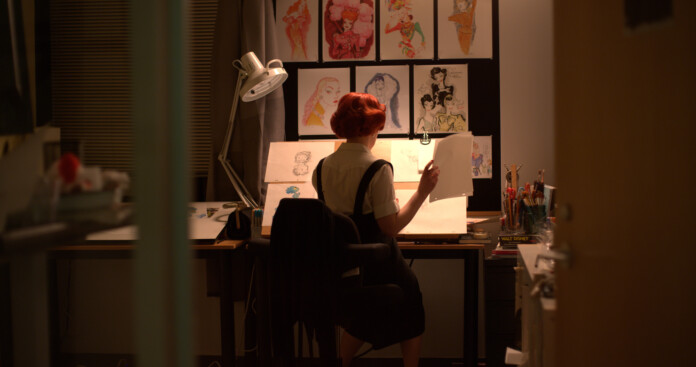 Brand new content coming in February to the Disney Bundle! Starting on Disney+, new episodes of Marvel’s WandaVision and the documentary series Inside Pixar: Portraits, all five seasons of The Muppet Show, and the Disney+ Original film Flora & Ulysses! Over on Hulu, critically acclaimed film Nomadland debuts starring Frances McDormand, as well as the Hulu Original film The United States vs. Billie Holiday. And on ESPN+, a brand-new film in the award-winning 30 for 30 Series. You can find the entire list of new content on all three streaming platforms below.

What’s new on Disney+ in February:

A documentary series of personal and cinematic stories that provide an inside look into the people, artistry, and culture of Pixar Animation Studios.

No two days are the same for Patty Bonfilio. From hosting major events to outfitting offices to simply keeping the studio running, Patty is at the center of it all. As Pixar’s Director of Facility Operations, she knows the inner workings of Pixar’s campus and culture like no one else. Join her on a VIP tour of the grounds and all of its hidden gems.

Rachelle Federico always dreamt of working at Pixar, even if it meant a complete career overhaul. As Production Assistant on Pixar’s Soul, her hard work might not always be that glamorous, but she considers it an important and essential need in the creation of an animated film. Plus, she’s loving every minute of it.

Barney Jones is a master of many musical instruments and styles. As a Music Editor, he uses these talents to help shape the storytelling and emotion of a Pixar film. During his free time, he uses these same talents to make Pixar just a little more magical and fun.

Director of International Production Cynthia Lusk takes us into the fascinating world of localization. From translations to graphics to even changes in animation, Cynthia and her teamwork to make sure that Pixar’s films can connect and resonate with fans and families throughout the world.

Marylou Jaso has the sweetest job at Pixar – literally. As Pixar’s Pastry Chef, she spends each day creating the confections and sweet treats that delight, inspire, and help feed the studio’s creativity. 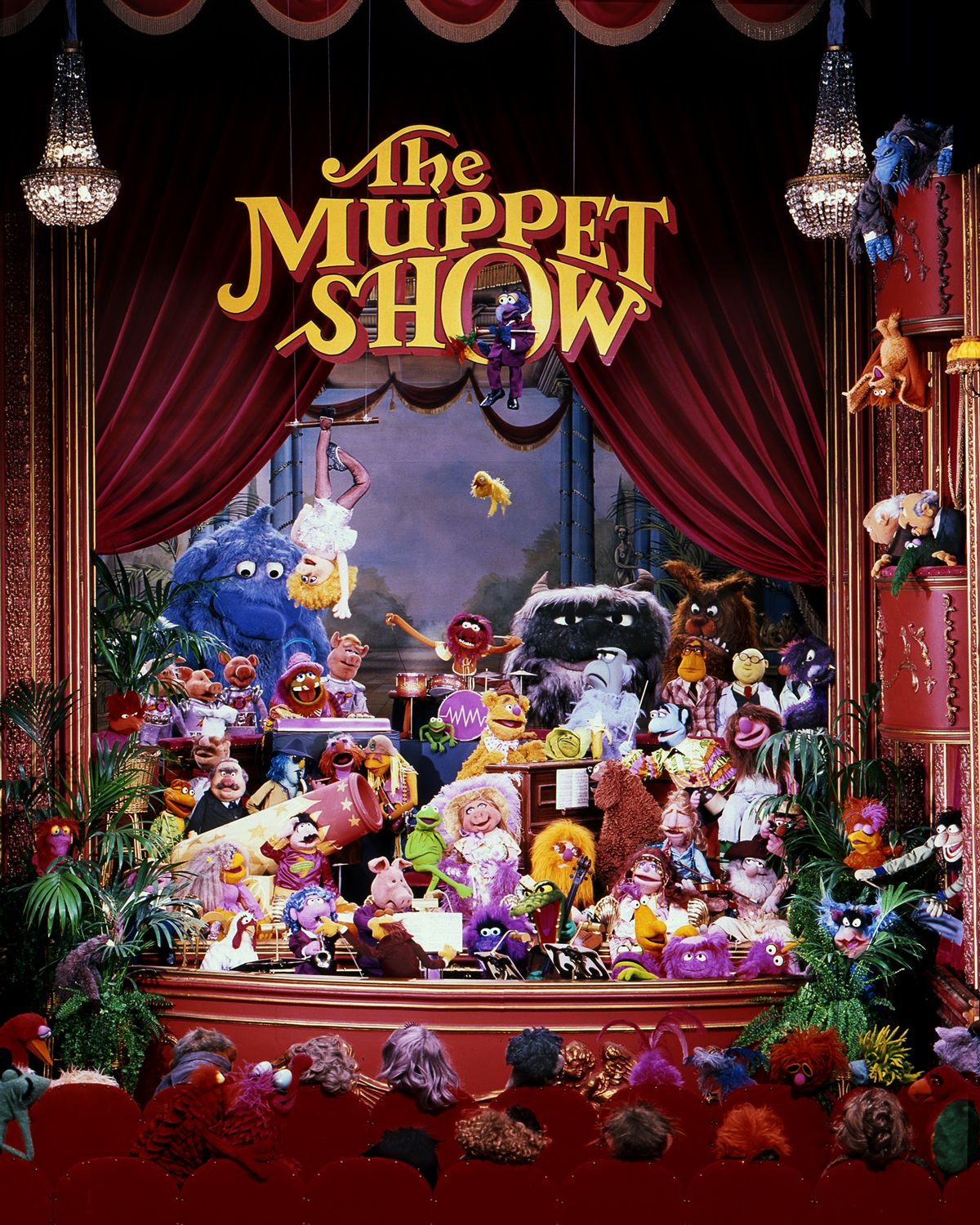 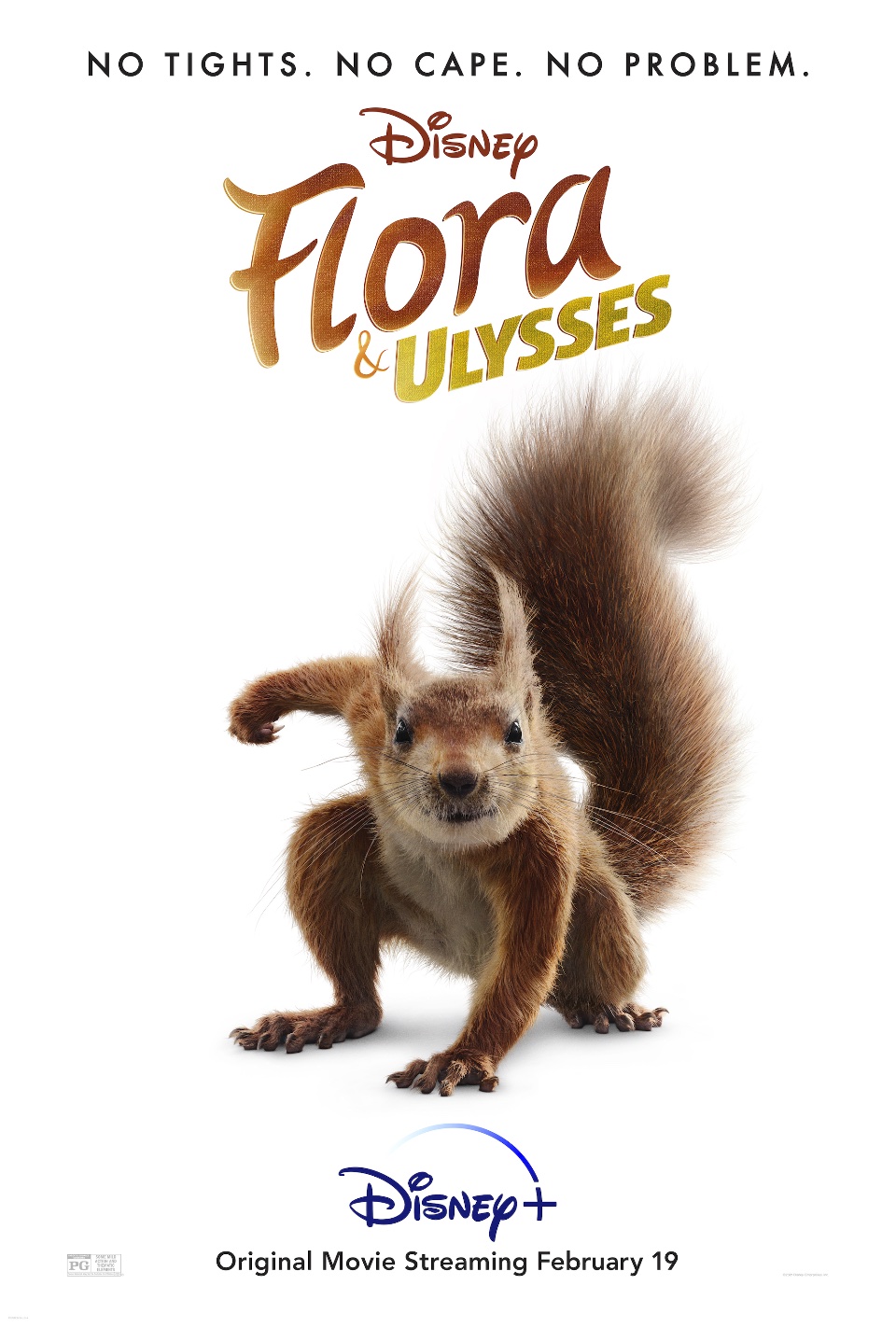 Disney’s “Flora & Ulysses” is a delightful comedy-adventure based on the Newbery Award-winning book about 10-year old Flora, an avid comic book fan and a self-avowed cynic, whose parents have recently separated. After rescuing a squirrel she names Ulysses, Flora is amazed to discover he possesses unique superhero powers that take them on an adventure of humorous complications that ultimately change Flora’s life–and her outlook—forever.

In an enchanted forest outside of Arendelle, a family sits down for a bedtime story and is transported to a vibrant and mystical world where the elemental spirits (inspired by Disney’s global phenomenon, Frozen 2) come to life and the myth of their past and future is revealed.

What’s new on Hulu in February:

From the visionary mind of writer/director Brandon Cronenberg, Possessor is an arresting sci-fi thriller about elite, corporate assassin Tasya Vos. Using brain-implant technology, Vos takes control of other people’s bodies to execute high profile targets. As she sinks deeper into her latest assignment Vos becomes trapped inside a mind that threatens to obliterate her.

The meteoric rise and disturbing fall of Britney Spears have devolved into a Kafkaesque court battle that has reawakened her fandom and raised pressing questions about mental health and an individuals’ rights. A re-examination of her career and a new assessment of the movement rallying against her court-mandated conservatorship capture the unsavory dimensions of the American pop-star machine. The series is produced by The New York Times and Left/Right. Executive producers are Jason Stallman, Sam Dolnick, Stephanie Preiss, Ken Druckerman, Banks Tarver, and Mary Robertson.

Successful author Veronica Henley (Janelle Monáe) finds herself trapped in a horrifying reality and must uncover the mind-bending mystery before it’s too late.

Tentacles is a psychosexual horror-thriller about a young Los Angeles couple Tara (Dana Drori) and Sam (Casey Deidrick) who fall head over heels into a new romance, entwining their lives — until their intimacy transforms into something terrifying. Based on a story by Alexandra Pechman & Nick Antosca (The Act, Antlers) the episode takes inspiration from the rushes of early intimacy and uncertain power dynamics at play, and the dangers of losing yourself.

From executive producer Malcolm Spellman and Oscar® and Emmy®-winning production company Lightbox, comes Hip Hop Uncovered, and examination of a dying breed of power brokers who operate from the shadows of hip hop. Set against 40 years of music history, this six-part documentary series, directed by Rashidi Natara Harper, takes a deep dive into the paradox of America’s criminalization of the genre and its fascination with the street culture that created it and still exists within it. Instead of telling the story of hip hop from the top-down, Hip Hop Uncovered tells the story from the streets up, as it reveals the untold story of how America’s streets helped shape hip hop culture from an expression of survival and defiance into music’s most dominant genre.

Five party girls abandon booze, boys, and smartphones and move into a Catholic convent for four weeks of life-changing spiritual guidance in this authentic, insightful, and warmly humorous reality series. How will these two vastly different groups cope when the wild materialistic lifestyle of the millennial generation collides with the devoted, simple existence of The Daughters of Divine Charity?

The world needed a hero, we got a hedgehog. Powered with incredible speed, Sonic The Hedgehog (voiced by Ben Schwartz), aka The Blue Blur, embraces his new home on Earth. That is, until he accidentally knocks out the power grid and sparks the attention of super-uncool evil genius Dr. Robotnik (Jim Carrey). Now it’s super-villain vs. super-sonic in an all-out race across the globe to stop Robotnik from using Sonic’s unique power for world domination. Sonic teams up with The Donut Lord, aka Sheriff Tom Wachowski (James Marsden), to save the planet in this live-action adventure comedy that’s fun for the whole family.

Following the economic collapse of a company town in rural Nevada, Fern (Frances McDormand) packs her van and sets off on the road exploring a life outside of conventional society as a modern-day nomad. The third feature film from director Chloé Zhao, Nomadland features real nomads Linda May, Swankie and Bob Wells as Fern’s mentors and comrades in her exploration through the vast landscape of the American West.

Business is booming in season four of Snowfall. It’s January 1st, 1985. Ronald Reagan has won his reelection campaign proclaiming it is “morning again in America,” but in South Central, Los Angeles, it feels more like the sun is getting low. The demand for crack cocaine is high, and while our crew of dealers led by Franklin Saint (Damson Idris) are benefitting greatly from the rising tide of addiction, they are also starting to become aware of the damage the drug is doing to the people and to the place they love. With the entire nation taking note, the LAPD is diverting serious money and resources to the “war on drugs.” Politicians’ phones are ringing. Powerful people are concerned from the hallways of The White House to those of CIA headquarters, where there are whispers that one of their own may be involved in this burgeoning epidemic.

Billie Holiday, one of the greatest jazz musicians of all time, spent much of her career being adored by fans across the globe. Beginning in the 1940s in New York City, the federal government targeted Holiday in a growing effort to escalate and racialize the war on drugs, ultimately aiming to stop her from singing her controversial and heart-wrenching ballad, “Strange Fruit.”

What’s new on ESPN+ in February:

The next installment in the Peabody and Emmy award-winning 30 for 30 series, “Al Davis vs. The NFL,” will be available to streaming exclusively on ESPN+ following the film’s debut on ESPN on February 4. Directed by Ken Rodgers (“The Two Bills,” “Elway to Marino”), the documentary presents an intimate look inside one of the great rivalries in the history of the National Football League – former Raiders owner Al Davis and former NFL commissioner Pete Rozelle, whose battle grew so intense that players, owners, franchises – even the League itself – became characters in a three-decade-long Shakespearean feud that changed football forever.